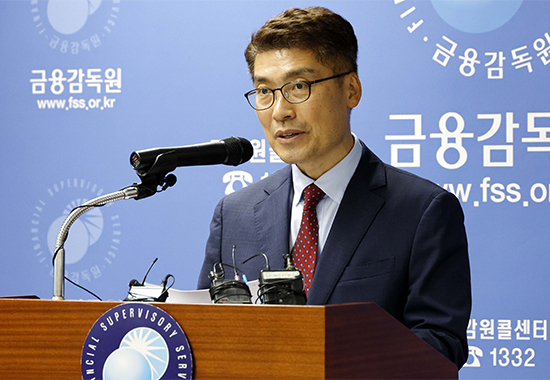 According to interim investigation results announced by the Financial Supervisory Service (FSS) Wednesday, 22 trading entities have received funds from cryptocurrency exchanges and transferred them to their overseas entities as import payment. A total $2.5 billion in funds were sent to a business entity in Hong Kong, $400 million to Japan, $200 million to the United States, and $160 million to China.

“The 22 trading entities are presumed to be in the same group as an individual is the chief of many entities or the chiefs are in relatives,” said an unnamed official from the FSS.

The FSS is looking into the source of the funds that have been sent overseas and documentary evidence on the companies that sent the dubious funds. It is also checking on whether the banks had gone through the mandatory procedures in accordance with the foreign exchange and anti-money laundering regulations.

The FSS launched investigation last month after Woori Bank and Shinhan Bank found suspicious foreign exchange transfer cases from internal inspections. Woori Bank informed the FSS on June 22 that up to 900 billion won in abnormal foreign currency transfers were made over the past one year at a single branch. Shinhan Bank also found that a total 1.6 trillion won in abnormal foreign exchange transfers were made at 2 branches.

The trades could have been made from profiteers from the so-called kimchi premium, the difference between crypto prices on Korean exchanges and others. The FSS is looking into dubious foreign exchange transfer activities from January last year to June. The gap in cryptocurrency prices was over 3 percent from the end of March to July, from September to December last year, and May.

Authorities will also be inspecting abuse of the Korea Exchange by speculative forces after Beijing banned crypto trade in September last year and also a connection with cyber activities by North Korea.

By Choi Geun-do and Lee Eun-joo