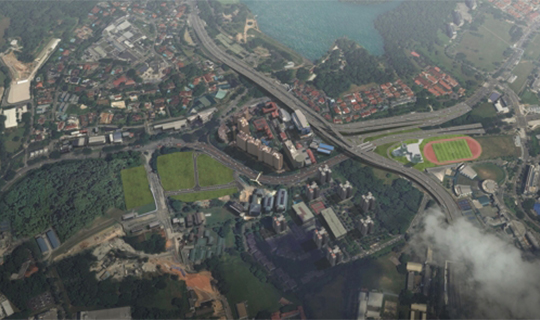 Under the contract, Samsung C&T will build a 1.37-kilometer long underground highway running through Toa Payoh, central Singapore and related facilities. The company is the sole developer for the contract and plans to start construction this month for completion by November 2026.

The company said it won the project with its design to solve the chronic traffic jam instead of low bid price. In November, it secured a $629 million underground project, which involves designing and constructing a 1.25 kilometer stretch of an underground expressway on the North-South Corridor in Singapore.

The company has completed other major projects in Singapore, including two sections of the underground expressway on Marina Coastal Expressway. In 2016 it won the top civil engineering award from Singapore’s Construction Agency for MCE 483, one of the two expressway constructions.

Separately, the company won its first overseas construction project for this year in Indonesia in March. It clinched a 1 trillion won ($926 million) project building Indonesia’s largest combined cycle power plant in consortium of GE Power and Jakarta-based PT Meindo Elang Indah and it is responsible for a 510 billion won interest of the mega project.

By Yong Hwan-jin and Cho Jeehyun