South Korean markets shrugged off the back-to-back 75-basis-point hike in U.S. base rate that placed U.S. rates above Korea’s as they have already factored in speedy tightening in the U.S. and Korea.

After a series of big steps, the U.S. Fed fund rate range is at 2.25 percent to 2.50 percent, placing the median above Korea’s 2.25 percent after Korea’s own unprecedented 50-basis raise earlier this month.

Markets turned positive on easing in uncertainties and anticipation of slowing in U.S. tightening for a breather from galloping moves in recent months. 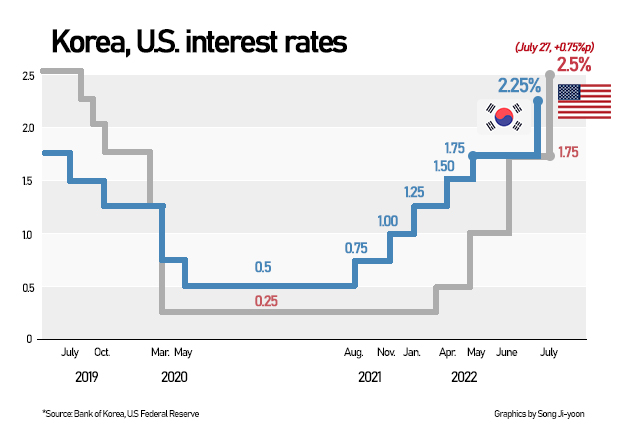 Minister of Economy and Finance Choo Kyung-ho found the Fed action has had limited impact on the Korean financial markets as it was widely expected.

If the stability continues, the BOK won’t likely deliver another 50-basis hike in the August meeting.

BOK Governor Rhee Chang-yong after endorsing a rare raise in half of a percentage point for July indicated the bank would continue with rate increases but in moderate pace.

He agreed to the market consensus of the base rate going to 2.75 to 3.00 percent by the end of the year of being reasonable, but added actions would hinge on economic data and overseas capital movements. BOK has only three meetings left for the year – in August, October, and November. 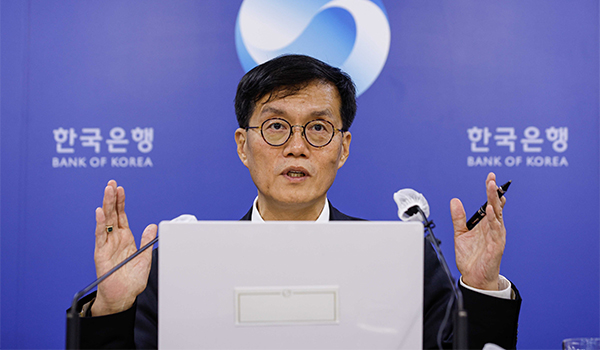 According to BOK’s guidance on for the second-quarter GDP on Tuesday, the Korean economy is projected to have added 0.7 percent from the previous quarter.

Consumer expectation for the inflation rate in the following year, however, hit record-high 4.7 percent in July, which can further fuel inflation already running at 6 percent.

“The BOK won’t likely take another big step, but inflation data for Korea and U.S. could be important factors,” said Jun Sung-in, professor at School of Economics Hongik University.

BOK’s next rate-setting meeting is on Aug. 25.