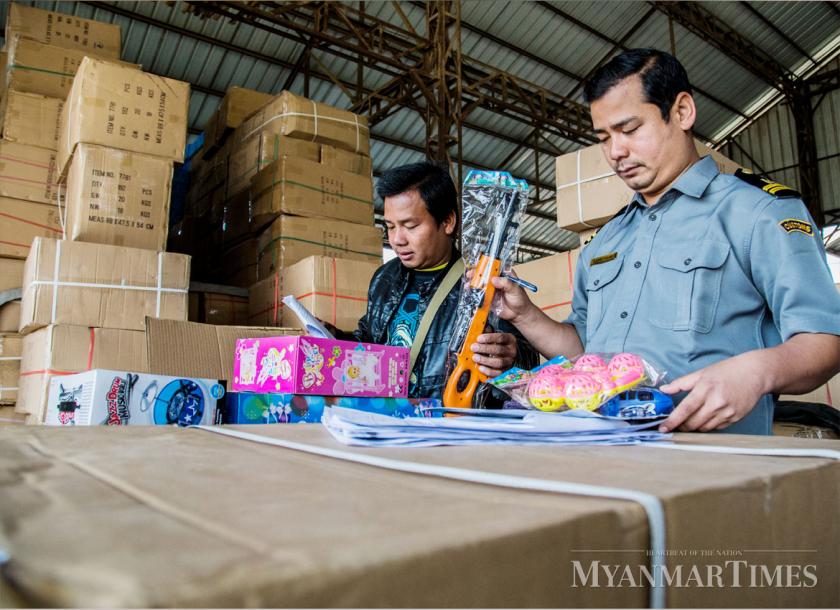 Overland cross-border trade between Myanmar and Thailand will officially commence at the end of July following an agreement to allow vehicles from both sides across the border to facilitate the transportation of goods between the two countries.

The agreement, which followed discussions that started a year ago, will see the governments of both countries issue licenses to logistics companies to transport goods overland through the Yangon (Thilawa)-Myawaddy-Mae Sot-Bangkok (Laem Chabang) route.

Under the agreement, 100 vehicles from each country will be granted temporary one-year passes to transport goods across the border along the route. Thilawa would be where all Thai vehicles will have to stop for customs inspections while Thailand will carry out customs inspections in Mae Sot.

According to U Win Hlaing, deputy director for the Road Administration Department at the Ministry of Transport and Communication, Myanmar has already issued international cross border operator (ICBO) licenses for 40 trucks. It will issue another 21 licenses in the initial phase.

U Win Hlaing said three logistics companies from the Myanmar side - MK Transportation, Hercules Logistic and Resource Group Logistic - have been granted permission to transport goods overland through the border.

Myanmar is the last country sharing a border with Thailand to have an agreement for this overland cross-border trade. Thailand has signed agreements allowing such trade with all its other Greater Mekong neighbours.

"Vehicles from Myanmar will stop at Mae Sot for customs inspections and continue to Laem Chabang where goods can be loaded and unloaded," U Win Hlaing told the Myanmar Times. Similarly, Thai vehicles will be able to gain access to the Thilawa Special Economic Zone near Yangon. The vehicles will only be allowed to travel on the specified route.

Myanmar International Freight Forwarders Association chair U Aung Khin Myint said this agreement will only benefit the Thilawa Special Economic Zone and not the other inland ports in Yangon and Myingyan.

He said the ministries overseeing the cross-border trade should speak to their Thai counterparts about loosening the restrictions further as this could facilitate quicker transportation of goods.

"The Myanmar side will also have to do their part in allowing Thai vehicles to use other routes other than that agreed upon. We are now able to go to Laem Chabang only since Thai vehicles are only allowed to go to Thilawa," U Aung Khin Myint, also the owner of Resource Group Logistic, said.

He added that more discussions could be held with their Thai counterparts should there be any delays in the unloading and loading of goods at the terminus, as this could lead to more delays for other vehicles waiting to unload their goods.

"There will be no problems if all goes well but if there are complaints, then we will have to address the issue of delays," U Aung Khin Myint said. - Translated