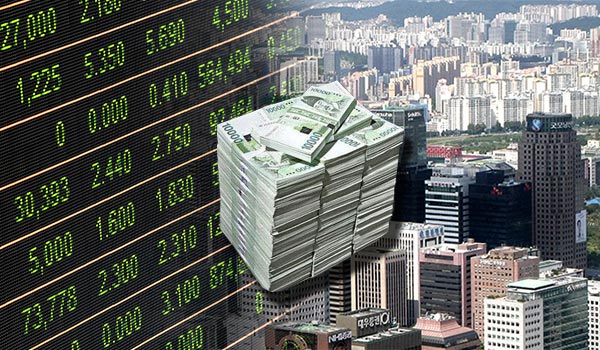 South Korean corporate debt issues nearly halved in October from the previous month as financial and public issuers refrained from offerings to normalize the market unsettled by oversupply and default scare.

According to a report by the Financial Supervisory Service on Thursday, companies sold total 8.3 trillion won ($6.25 billion) worth of debts (19 times) in October, down 49.5 percent from a month earlier.

Outstanding balance in corporate debt was reduced to 629.89 trillion won as of the end of October, off 2.1 percent from the previous month.