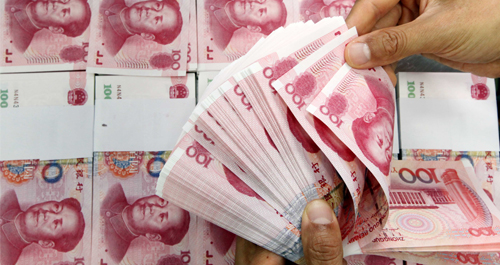 이미지 확대
Direct currency transactions between the Korean won and Chinese yuan hit an all-time high last year, suggesting recovery in business activities between the two countries that had been disrupted by a row over Seoul’s deployment of a U.S. antimissile system.

Won-yuan transactions averaged $2.32 billion daily last year, the highest since the two states authorized direct trade in the two currencies in December 2014, according to the Ministry of Economy and Finance and the Bank of Korea.

Currencies of the two countries were previously converted through the medium of the U.S. dollar. Talks of direct transactions gained momentum after the 2014 Korea-China summit to reflect the growing commerce between the two trade powerhouses and ascension of the Chinese yuan on the global stage. Direct trade was approved in December that year.

Daily transaction volume averaged $2.27 billion in the first year of launch. But this dropped sharply in 2016 as diplomatic relations between the two countries quickly soured over Korea’s decision to deploy an anti-missile shield, which China saw as a threat to its national security. Beijing retaliated by launching an unofficial boycott of all things Korean, from tour packages to the country to Korean cosmetics and cars. As a result, currency transactions continued to slide in the following years, from $1.95 billion in 2016 to $1.82 billion in 2018.

Experts say last year’s rebound was driven by a combination of factors, including the gradual easing of China’s retaliatory measures and Korea’s efforts to stimulate bilateral transactions. Seoul offers a discount on won-yuan exchange fees and has extended the relief period for levies on banks’ foreign exchange debt to the fiscal year 2019-2020.

He said this is largely because companies still tend to rely on the dollar in international trade. But he projected more participation from the private sector once the direct foreign exchange market becomes more mature and gathers more trust.