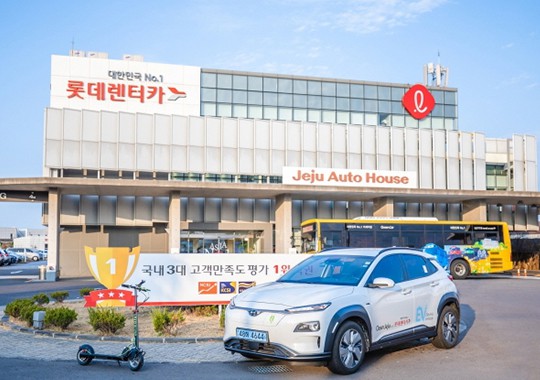 Lotte Rental Co., South Korea’s No. 1 car rental business with an estimated enterprise value of 1.5 trillion won ($1.3 billion), has embarked on the process to go public in the main board Kospi next year.

The company on Wednesday tapped local securities firms to lead its initial public offering (IPO) process. It is known to have excluded foreign investment banks this time.

Lotte Rental currently commands the largest 22.9 percent share of the Korean car rental market, followed by SK Networks Co., which is closely tagging behind with 21 percent. It has been aggressive in expanding its presence in the rental market since it went under Lotte. It purchased about 3,000 cars from Hanjin Transportation Co. at 60 billion won in April and signed on another contract to take over about 5,500 cars from KT Group in September. As of the end of June, Lotte Rental has 227,214 cars registered for rental service.

The company last year registered 130.5 billion won in operating income on revenue of 2.07 trillion won, which gained 16 percent and 35 percent, respectively, from 2016.

Considering its market position in Korea and solid earnings, Lotte Rental’s worth is estimated to reach 1.5 trillion won at least following its IPO, market analysts expected.

The company is also expected to make great synergy with its affiliate Green Car in the country’s rapidly-growing car sharing service market.