Osstem Implant to up output in US by 60% after certification 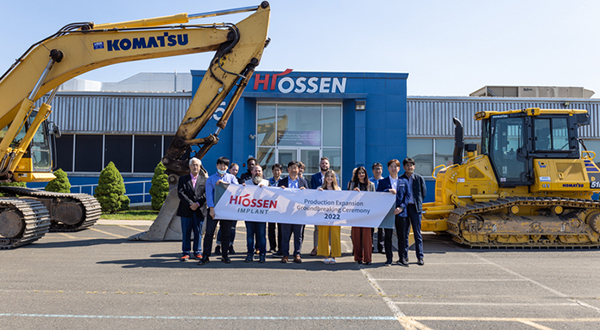 South Korea’s dental implant maker Osstem Implant Co. is beefing up output by nearly 60 percent in its production facility in the U.S. to meet growing demand for premium products and increase its footprint in global market.

The facility expansion project began in September to increase its U.S. HIOSSEN production site in Philadelphia by around 50 percent to 4,600 square meters with an aim for completion by August of next year and commercial production by September, the company said on Tuesday.

The facility will be filled with additional equipment essential for implant production, such as computer numerical controls, blasting and etching machines.

The HIOSSEN site produces an average of 180,000 sets per month as of 2022, focusing on premium implants and abutments, which account for 11 percent of Osstem’s total annual output from plants in Korea, the U.S. and China. With the expansion, local production is projected to increase by 58 percent. Two digital centers under the site are manufacturing digital surgical guide products, ready-made dental prosthesis, and personalized products.

The U.S. site reported a 47 percent year-on-year increase for the first two quarters of this year in local and global sales. Made-in-USA HIOSSEN products are now exported to 50 countries around the world.

HIOSSEN’s premium product ‘EK System approved by the FDA in January is on track for official launching early next year.