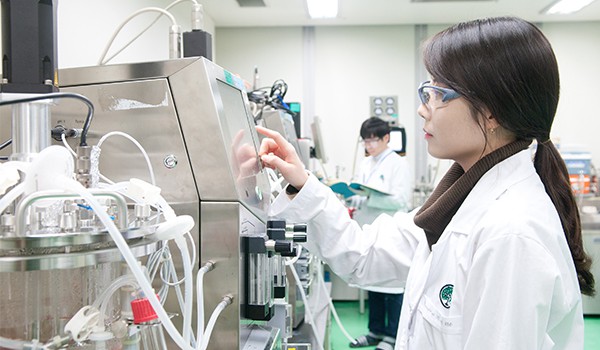 Traditional pharmaceutical companies in Korea are eagerly exploring open innovation with startups to push their frontiers.

Open innovation means shared R&D process by using collective knowledge and resources of external parties. It can save time and money for established pharmaceutical companies.

On Tuesday, Yuhan announced an equity investment deal with a biotech startup for joint research. Yuhan said it invested an additional 10 billion won ($8.83 million) in Aprilbio, a startup for developing antibody therapies, becoming a second largest shareholder of the company with a 13.8 percent stake. Earlier, Yuhan invested 3 billion won into Aprilbio in recognition of Aprilbio’s technology potential.

Yuhan is one of the most active Korean pharmaceutical companies in the implementation of open innovation. Yuhan’s non-small cell lung cancer drug Leclaza, which was authorized as the country’s 31st novel drug was a result of its cooperation with a local biotech startup.