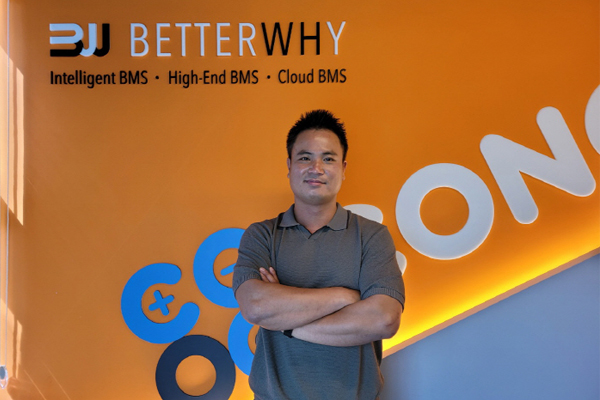 이미지 확대
South Korean startup company Better-Why is sharing the results of an international contest to design algorithm that can best detect battery abnormality based on its real-time diagnosis platform at the CES 2022, Las Vegas, on Jan. 6.

It would be the first kind with over 30 Korean and foreign companies vying to advance battery service algorithms by utilizing the company’s invention of cloud-based battery abnormality detection (Baas) platform.

Experts from universities and research institutes in Japan, China, United States and Europe were missioned to develop battery condition detection module that runs on Baas and test out the performance against one another. Until now, battery abnormality detection technology had been focused on individual algorithms but through Baas it can be understood from various angles, which has drawn a large number of teams from universities such as China’s Tsinghua University, US’s University of Texas A&M, Canada’s University of Windsor, Japan’s Tokyo University of Science, Hong Kong’s Polytechnic university, South Korea’s POSTECH and GIST to take up the challenge.

“This competition is all the more meaningful because it shows the world’s leading research institutions that a South Korean company is leading the way in not only battery performance but also in battery abnormality detection,” said Han Sekyung, the CEO of Better-Why CEO.

The winner will be announced the upcoming CES, a podium that will also draw attention from major global electric vehicle manufacturers and battery companies

Better-Why plans to unveil an electric scooter and drone that was developed based on its platform and AIDA, a device that detects battery safety also at the CES. Better-Why has already been successful in commercializing battery abnormality detection systems for camping cars and drones.

By Woo Sung-deok and Susan Lee