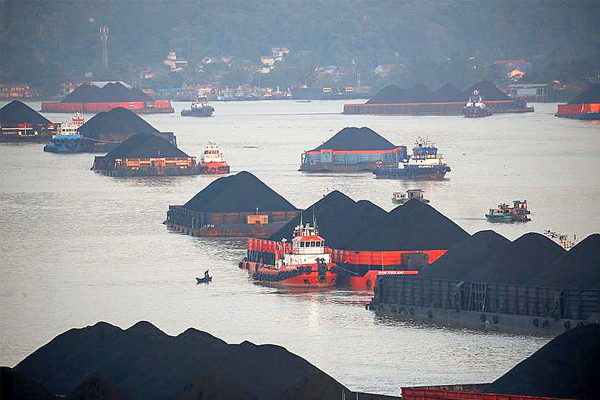 Indonesia, the world`s biggest exporter of coal used in electricity generation, on Saturday said it has banned January exports of the fuel in a move aimed at safeguarding its domestic power supply. Rising demand for electricity in the country risks widespread blackouts unless more supplies are diverted to power stations, the Ministry of Energy and Mineral Resources said in a statement. Indonesia exports the majority of its coal but mandates that producers must set aside minimum amounts to supply the nation`s power plants.

The decision comes against a backdrop of surging demand, as post-pandemic economic growth across the world drives electricity needs that cannot be met from less-polluting alternatives. The International Energy Agency last month said global demand for coal, the world`s biggest source of greenhouse gases, hit a record in 2021 and would be sustained into 2022, threatening plans set out at last year`s COP26 climate change conference to cut emissions. Last January, Indonesia exported almost 30 million tons of coal, according to the Central Statistics Bureau. The export ban was imposed after coal miners failed to meet the so-called Domestic Market Obligation, under which they are obliged to supply at least 25 percent of a mine`s approved production plan at a maximum sales price of US$70 per metric ton -- less than half the global benchmark price.

The temporary export ban would prevent almost 20 power plants providing a total of 10.9 gigawatts of power from shutting down, a senior official at the ministry, Ridwan Jamaludin, said in a statement Saturday.

The government would re-evaluate the policy after January 5, he said. "We can`t let the companies` disobedience to comply with the DMO disrupt the investment climate and the national economy," he said. Indonesia has pledged to stop building new coal-fired power plants from 2023 and to be carbon neutral by 2060. However, despite an outcry from environmental activists, the current development of the Suralaya coal plant on Java Island is still ongoing. The enormous plant is one of the biggest in Southeast Asia and can power about 14 million homes a year.