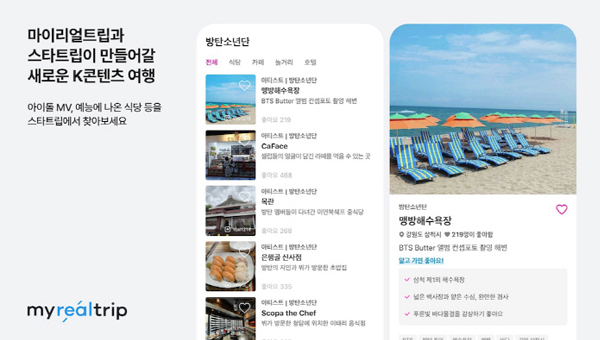 MyRealTrip on Monday announced the deal but did not disclose financial terms.

“We are preparing for a post-pandemic surge in tourism. More foreigners will surely come to Korea to experience K-content after the pandemic,” said Lee Dong-gun, CEO of MyRealTrip.

This was the second acquisition for MyRealTrip this year. Previously in March, it acquired IwaTrip, which operates Donkey, a family-oriented travel platform for kids and teens. MyRealTrip also invested in O-Peace Jeju, a service provider of co-working spaces and accommodations on Jeju Island.

By Shin Yoo-kyung and Jenny Lee