WKF: Globalization to evolve in the form of mini or ally-shoring 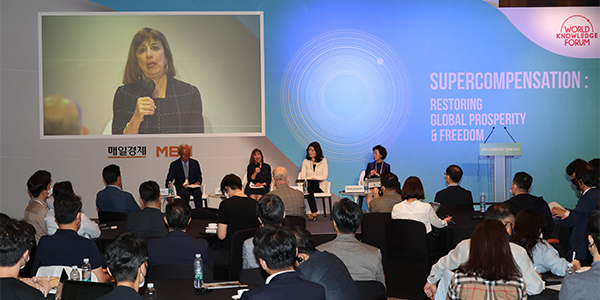 Globalization will likely pan out in different form, mostly through friendshoring, or allyshoring, by relying manufacturing and sourcing within a group of countries with shared views as multilateral trade framework like the World Trade Organization and Free Trade Agreements pose less relief and security for national interests, trade experts agreed at the 2022 World Knowledge Forum (WKF) in Seoul.

“This (globalization) really underscores the change in U.S. trade policy under the Biden administration,” said Wendy Cutler, vice president of Asia Society Policy Institute, at the session titled “The Future of Globalization: Reorganization of the Global Value Chain” held on Wednesday.

“The WTO seems to be progressing at a very slow pace,” she added, saying “free trade agreements haven’t kept up with the change.”

Miyeon Oh, Johns Hopkins University Director and Senior Faculty Lead, agreed as “The United States is redefining its role as a global leader by working closely with its allies and partners to meet complex challenges such as rising influence of the authority and regime led by China.”

Washington is seeking to advance a common agenda among leading democracies and shape foreign and economic policy through existing or new framework for “multilateral or minilaterial cooperation,” she added. 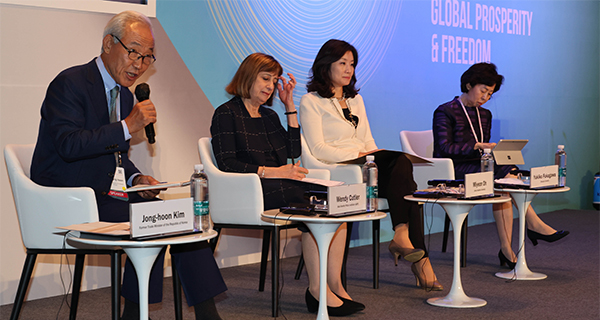 For the Unite States, she noted, enhancing self-efficiency in technology and innovation both at home and abroad is key to its national security and to address rivalry with China.

“With the rapid digitalization and technological innovation, the role of advanced and emerging technologies in the national security sector has become much more significant than ever, and the major concern is China is playing an increasing important role as both of supply and demand hub and global supply chain network,” Oh observed.

“Asia seems to have a very strong commitment for their free trade because, it’s very simple, Asia has grown by depending on free trade,” said Fukagawa.

“Not only in Korea but in Asia and even in China, trade is regarded to be very important issue for economic growth, so we don’t have to be so much negative or pessimistic about to future of trade. We have many things that we can work on,” she added, emphasizing that Asian economies are not so much dependent on U.S. market.