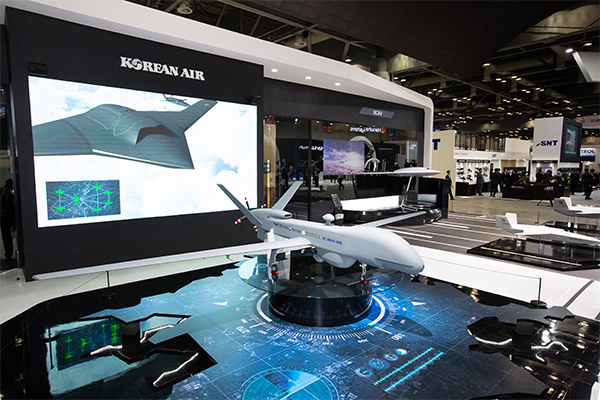 The Korean commercial flight giant, which is actively expanding its presence in the unmanned aerial vehicle (UAV) market, is also exhibiting vertical takeoff and landing (VTOL) drones, UAVs for formation flight, and hybrid UAVs along with other advanced aerospace technology.

The company is exhibiting one of its actual medium-altitude long-endurance UAVs, which has a fuselage length of 13 meters and wing length of 25 meters, at the trade show this year. Equipped with a high-performance radar system, the UAV is created for the Korean air force to monitor and detect potential threats from high altitudes.

DX Korea is held at the KINTEX center in Goyang, west of Seoul, from Sept. 21-25. Now in its fifth year, the annual tradeshow is joined by some 350 companies from 50 countries across the world as exhibitors this year.