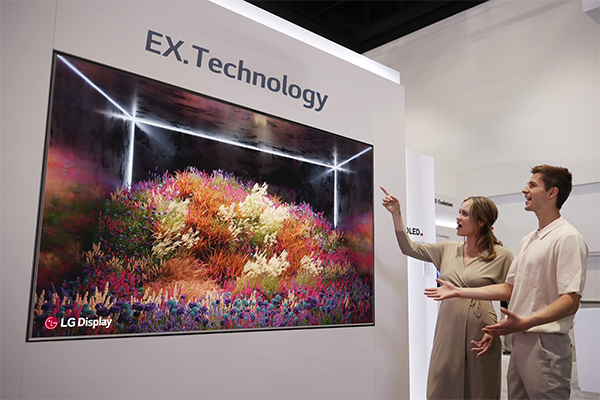 Korean panel makers now primarily engaged in OLED after surrendering LCD to Chinese rivals would have to look over the shoulder as Chinese producers could migrate faster to the premium display amid waning demand for LCD TVs from global economic slowdown and strong inflation.

According to London-based technology industry research company Omdia’s latest market outlooks released on Tuesday, the global LCD TV shipments are forecast to drop by 5 percent year on year to 197.35 million units in 2022, dipping below 200 million units for the first time since 2010.

Demand for LCD TVs has contracted as strong inflation mostly affects the buying behavior of the working class. 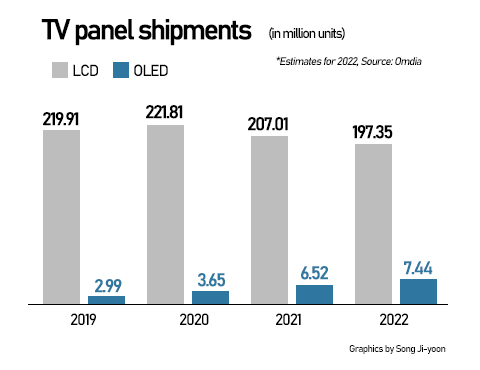 But Chinese producers have been rising fast in the OLED sector and threaten the top position by Korean makers who had been forced out of LCD due to Chinese predominance through price competitiveness.

China topped the global display market for the first time last year, elbowing out the long-time leader Korea through rapid buildup in economies of scale under general government patronage.

They are expected to migrate faster towards OLED display to offset the rapid fall in LCD TV demand. 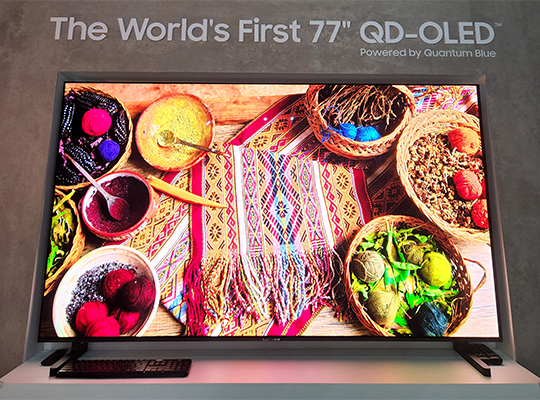 China’s largest display maker BOE Technology expanded fast, having been subsidized with 17.4 billion yuan ($2.4 billion) from 2010 to March this year. It is expected to churn out more than 100 million units of OLED panels this year.

If Chinese panel makers compete with price appeals in OLEDs, Korea could be easily defeated as they had over LCD. Korean display manufacturers have applied OLED as strategic industry, enabling greater government subsidies and incentives for R&D activities and expansion.