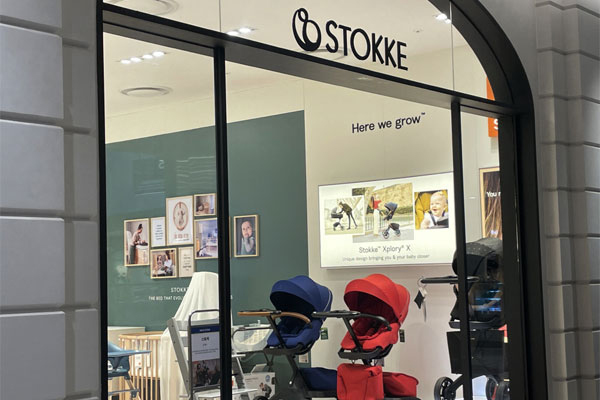 이미지 확대
Scandinavian luxury baby gear maker Stokke is undeterred by the world’s lowest birth rate by expanding eagerly in South Korea upon finding Korean young moms and dads saving little to lavish their child if they decide to have one.

According to Stokke on Tuesday, it has planned to open or opened nine new stores across the country in just over past two months. The Norway-based premium children`s furniture and accessories manufacturer opened three stores at Hyundai Department Store Mokdong Store, The Hyundai Seoul, and Shinsegae Department Store`s Times Square Mall in the western region of Seoul last month.

This month, it plans to open six more stores across the country with a goal of adding more than ten new stores by the end of this year.

Stokke scrupulously has searched for neighborhoods with young couples. It themed locations at department stores to stand out. Shinsegae Department Store`s Times Square Mall, for instance, has both a movie theater and a children’s play area.

Stokke sets itself apart from other designer baby product brands by providing exclusive services such as professional managers who recommend products specific to the child at their developmental stage.

Stokke, known for its luxury strollers in the 2 million won ($1,437.50) range, is set to offer more diverse product lineups to young parents in Korea as it bets on picky parents in a country with a birth rate in the zero territory. Korea’s fertility rate is set to dip below 0.8 this year. It stood at 0.81 last year, the lowest in the world after Hong Kong.

By Shin Yoo-kyung and Susan Lee