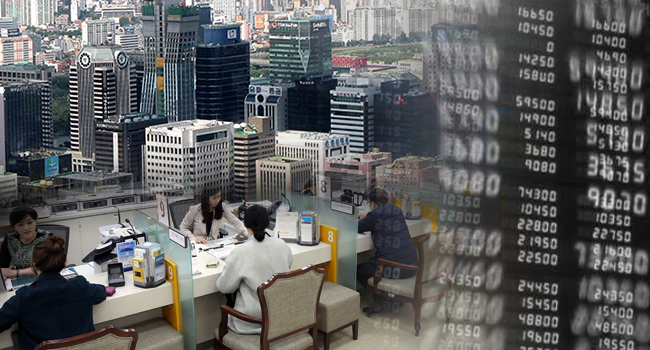 The top-performing emerging market funds are those tracking stock indices in India, Indonesia, and Brazil that have been maintaining steady economic growth thanks to massive state infrastructure investment and abundant natural resources.

Sensex, the benchmark market index in India whose economic growth has been robust unlike other parts of the world hit hard by surging inflation, gained 12.3 percent over the recent two months. Those in natural resource-rich Brazil and Indonesia have rallied, too. Brazil’s Bovespa rose 14.5 percent and Indonesia’s IDX 12.3 percent in two months.

Thanks to the upbeat performance of the three emerging markets, the investment funds tracking their stock indices have delivered lucrative returns.

A Mirae Asset fund investing in infrastructure-related stocks in India, such as the country’s major IT service provider Infosys and largest telco Reliance Industry, recorded a return rate of 13.8 percent in a month, according to Korea-based financial market data tracker FnGuide.

Fund managers project investment in Indian infrastructure to continue delivering solid returns as the country’s economy is expanding rapidly and urbanization is happening fast. According to Bloomberg, India’s gross domestic product reached $854.7 billion in the first quarter of this year. Based on the annual GDP figure, India will likely rank the world’s fifth largest economy after the U.S., China, Japan, and Germany, beating the U.K. with $816 billion.

A Korea Investment & Securities fund with a basket of Indonesian equities recorded a near 10 percent jump in a month, as of Wednesday.

Raw materials, ranging from natural gas and nickel to palm oil and rubber, make up more than 40 percent of Indonesia’s total exports. Indonesia also is the world’s fourth most populous country with a large young workforce.

Funds tracking Brazilian equities have delivered average of 4 percent returns over the recent month. Brazil is one of the world’s main exporters of soybean, crude oil, and iron coal.

Fund investing in China, the largest emerging market, however, recorded a minus 2.9 percent return rate on average, due to the country’s ongoing Covid-19 lockdowns across major cities, forcing large multinational companies to reduce their dependency on the Chinese market.

By Kim Jung-beom and Cho Jeehyun