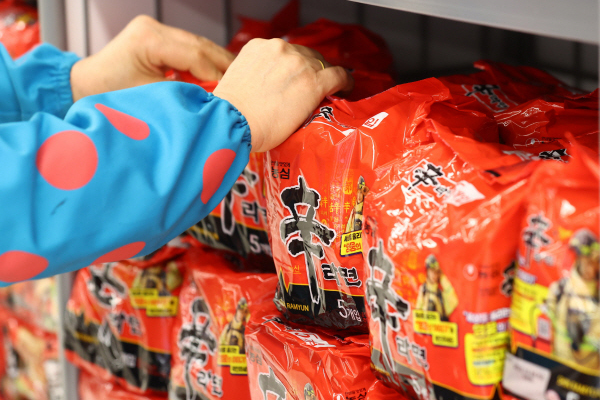 South Korean consumers face much higher costs for food, ranging from the nation’s comfort food ramyeon to chips and fresh agricultural products as local food companies are under heavy inflation burden from the rapid fall in the Korean currency value on top of high crop and raw material prices driven by the Russia-Ukraine war.

According to the food industry on Thursday, the country’s No. 1 ramyeon producer Nongshim announced to hike the price of its 26 instant noodle products by an average of 11.3 percent starting today. As a result, the price of its Shin Ramyun, the country’s best-selling ramyeon brand, will go from 900 won ($0.65) per bag to 1,000 won at convenience stores.

The country’s confectionary giant Orion announced hikes in the prices of its 16 snacks by an average of 15.8 percent as of Thursday. The price of a box of Choco Pie containing 12 round cakes with marshmallow filling and a chocolate covering will jump from 4,800 won to 5,400 won, passing the 5,000 won mark for the first time. 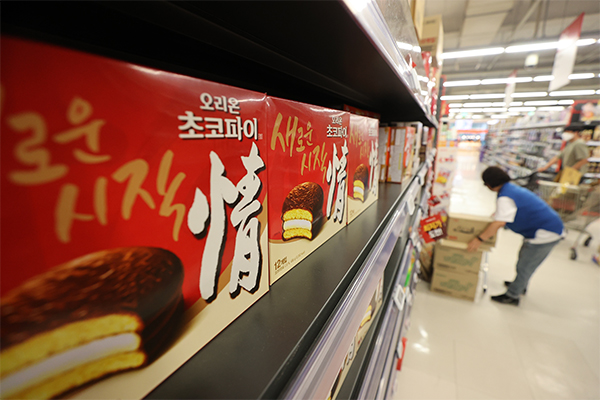 Their price hikes come after CJ CheilJedang upped the convenience store price of Spam Classic 200g by 6.7 percent to 4,780 won last month when Binggrae also hiked the retail price of some of its ice cream brands by 20 percent.

The prices of agricultural products have also spiked by a large margin compared to the previous year due to the summer heat and heavy rains. The wholesale price of Napa Cabbage was 34,240 won per 10kg as of Wednesday, surging by 2.3 times compared to last year, radish 27,580 won for 20kg of radish, which is 2.5 times higher compared to the previous year, and 69,440 won for 20kg of carrots, double what it was worth a year ago.

The supply and demand of lettuce have been fluctuating with Typhoon Hinnamnor that hit the nation early this month, leading McDonald`s Korea has either cut the amount of lettuce or remove the leaf from hamburger, while other franchises such as Subway and Mom’s Touch also struggle with a lettuce shortage.