Fiscal deficit must not exceed 3% of GDP by law in S. Korea 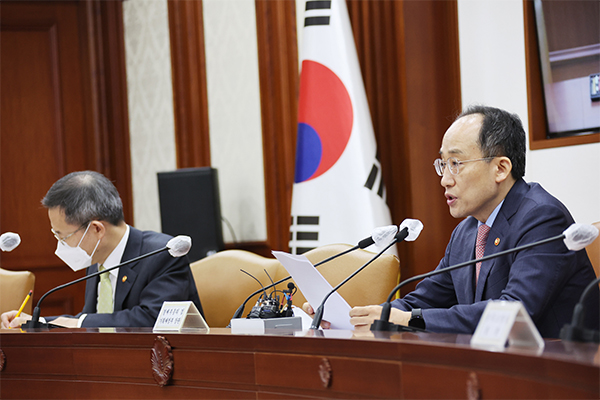 The South Korean government would fall under a legally-binding mandate to manage the fiscal deficit under 3 percent of the gross domestic product as it endeavors to restore public finance after unprecedented spending during Covid-19 period.

The government approved the guidelines on fiscal management which would be immediately effective upon passage of the related bill.

It must ensure the deficit-to-GDP ratio does not exceed 3 percent in order to avoid breaking the law.

If the national debt exceeds 60 percent versus GDP, the deficit ratio must be maintained at below 2 percent.

An exception can only take place in times of crisis like war or economic recession.

Fiscal balance refers to the difference between a government’s revenue (tax collection) and its expenditures. It is managed in two levels - consolidated balance and managed balance. The managed fiscal balance factors in expenses for the country’s four main social security funds.

Korea’s managed fiscal balance is projected to deliver a deficit ratio of 5.1 percent against GDP at the end of this year, worse than 3.3 percent consolidated deficit-to-GDP ratio.

The government is seeking to begin applying the new rule from the 2024 budget without any grace period. The previous government had proposed a three-year grace period when it first proposed the fiscal management rule in October 2020.

Debt repayment would be the top priority if public finance generates a surplus. Half of the surplus must go to repaying debts, compared with the current 30 percent.

The government will review the fiscal management rule for revisions every five years.