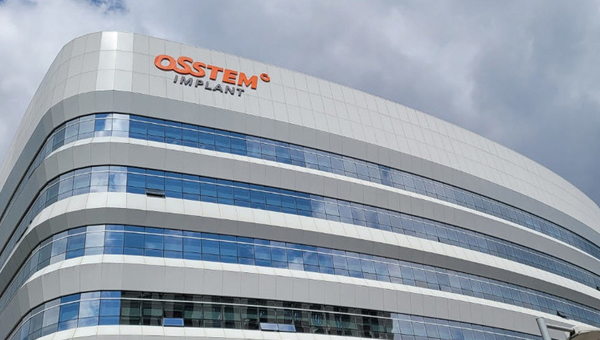 South Korea’s leading dental implants maker Osstem Implant Co. is set to earn more than what it had invested - $22 million – in the United States since it had ventured into the world’s largest implant market in 2006, according to Osstem Implant’s U.S. operation head.

“The U.S. operation successfully swung to its first profit in 2019, and by September, we would be reaping more than what we had invested here,” Lee Kyung-rae, head of Osstem Implant’s U.S. operation, said in an interview with Maeil Business Newspaper on Monday.

The Korean dental implant maker delivered an operating profit of 56.4 billion won ($42.1 million) on sales of 265.4 billion won in the second quarter this year, thanks to brisk sales in its major overseas markets – the U.S., Russia and China. 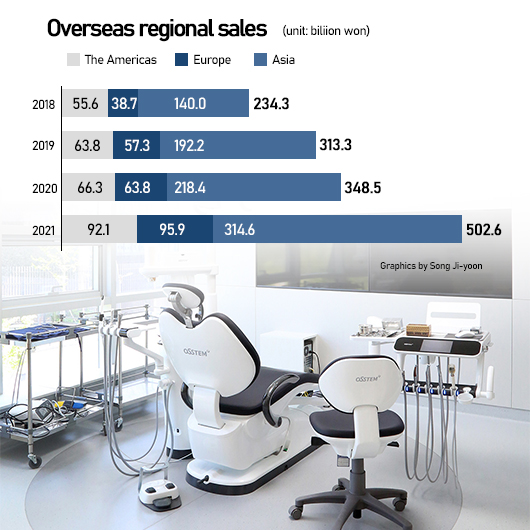 이미지 확대
Osstem Implant has been producing its premium brand HIOSSEN implant product tailored to the North American market from its U.S. factory in Philadelphia opened in 2008. It has established tight sales network in East and West Coast cities and has made efforts to improve expertise of employees for better customer response.

The company’s efforts paid off especially under the virus situation. Most of its U.S. peers cut their workforce in response to Covid-19 outbreaks, leading many U.S. dentists to rely heavily on Osstem Implant that maintained their services when people flocked to dental clinics to install dental implants with Covid relief funds, according to Lee.

This month, the U.S. operation will commence on the expansion of its production facility in Philadelphia.

“Once the ramp-up finishes by June next year, the Philadelphia factory will be scaled up by 2.5 times in size with a new system, facilities and equipment that will ramp up its output by 58 percent,” emphasized Lee.

Business in Russia also is growing fast. Revenue from the Russian market soared 70 percent on year to 24.3 billion won in the second quarter. It became the market leader in 2019, and its current market share reaches 35 percent.

By Yang Yeon-ho and Lee Ha-yeon