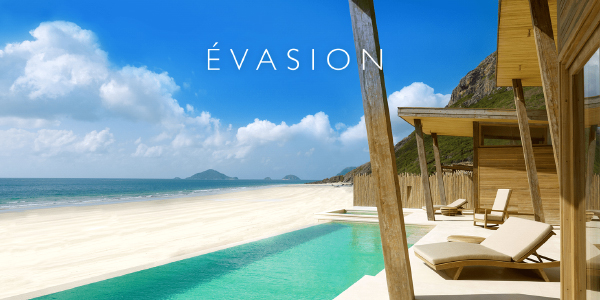 FTC officials searched Evasion’s head office located in central Seoul as part of its official investigation to find any evidence that the hotel reservation platform has violated local electronic commerce law, which bans marketing and selling services through false or exaggerated advertisements. The fair trade watchdog is also reviewing whether to temporarily suspend Evasion’s business operation to prevent further damages.

Evasion is a membership-based hotel booking platform founded by French financier Edmond de Fontenay in Seoul in 2012. It sells luxury hotel rooms at discounted prices to its members. The platform has been a success, attracting nearly 500,000 customers as members by offering rooms at luxury hotels and resorts in Korea and overseas at up to 70 percent discounted prices.

However, Evasion was placed even on a defaulter list after having had trouble making payments to contracted hotels on time since 2020. Recently, some of its customers who made reservations for hotels in Korea and abroad through Evasion with advanced payments sent to the platform have been notified by hotels of failed payments and booking cancelations. It is said the related damages already amount to 1 billion won ($764,000).

Evasion reportedly has moved out from its main office in downtown Seoul. Earlier this month, the company put up a notice that all its employees would work from home, but the vacant office has raised suspicion of business closure.

Edmond de Fontenay, the founder and CEO, is banned from leaving Korea during the FTC investigation.

Bon Voyage, the operator of Evasion, is known to have impaired all its capital. The company had its debts owed to financial institutions covered through Seoul Guarantee Insurance Company from June to August last year.

Von Voyage has been in the red since 2017, according to industry sources. Covid-19 pandemic further deteriorated its financial status as the platform had generated more than 90 percent of its income by selling overseas hotel rooms.

By Kang Min-ho and Cho Jeehyun