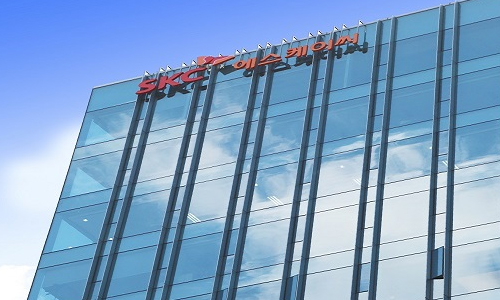 The company in its regulatory filing on Monday reported its consolidated operating profit for the second quarter reached 109.4 billion won, down 17.7 percent from a quarter ago and 19 percent a year earlier.

Net profit gained 32.7 percent on quarter and 55.3 percent on year to 119.7 billion won, while sales lost 3.9 percent from three months ago but added 30.2 percent against a year earlier to total 1.08 trillion won.

Rechargeable battery business was the main driver of its revenue growth. Its copper foil making unit SK Nexilis delivered an operating profit of 29.6 billion won, gaining 57.4 percent on year, with sales up 26.6 percent to 199.5 billion won. It is expecting demand growth in the third quarter amid an ease in lockdowns in China and new car releases in Europe.

Chemical business by SK PIC Global and others posted an operating profit of 69.5 billion won on revenue of 412.3 billion won. The bottom line shriveled 25.3 percent on year due to slowed demand and increased supply from expanded lines of industry peers.