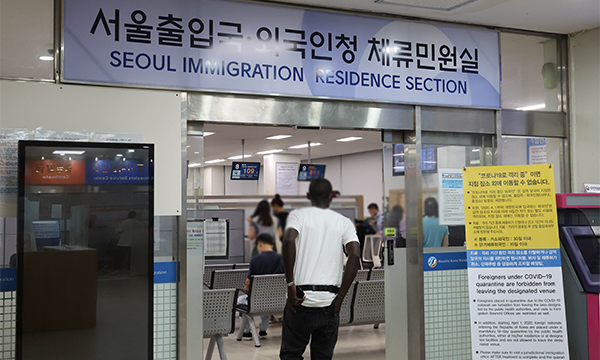 South Korea is mulling to lower annual minimum wage threshold for E-7 special occupation visa, the most commonly known working visa for foreigners in Korea, to make up for the dire labor shortages in industrial locations outside the capital.

According to the Ministry of Justice, and the Ministry of Economy and Finance on Wednesday, the government offices suggested easing in the guidelines for E-7 visa issuance to the Presidential Office and National Assembly.

The E-7 visa is an employment visa for foreign nationals with expertise in 86 sectors including electrical/electronic/mechanical engineering and hardware/software development. Those with the E-7 visa are allowed to work in Korea for one to three years and can extend their stay for another one to three years.

Annual salary for a foreign professional with an E-7 visa is currently set at 80 percent of per capita gross national income of a year earlier. Based on the calculation, foreigners can be paid minimum 32.19 billion won ($24,589.41) this year, which is higher than the average 31 billion won paid to employees of small- and mid-sized enterprises in Korea. The measure is to protect Korean jobs.

The government is discussing lowering the base annual salary for foreigners to match Korea’s statutory minimum wage or 70 percent of the GNI, said a government official.

If the revision takes effect, SMEs and startup companies can better afford foreign IT experts.

The government is also seeking measures to encourage the return of Korean companies’ overseas operations by making it easier for them to bring foreign work force to the country.

Foreigners’ employment in any of other sectors will also be available with new E-7-S visas. Experts in science technology will likely be allowed for fast-tracking for acquisition of permanent residency and nationality.