BMW closely chasing Mercedes-Benz to reclaim No. 1 import brand in Korea in 2022 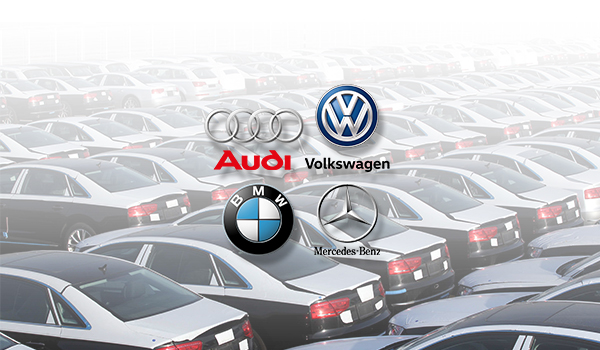 BMW is poised to win over German peer Mercedes-Benz to reclaim the best-selling foreign car brand in South Korea this year.

According to the Korea Automobile Importers & Distributors Association on Thursday, BMW last month sold 5,490 vehicles in Korea, becoming the No. 1 import vehicle brand after beating Mercedes-Benz with sales of 5,456 cars. This was the third time for BMW to sell more cars than its German peer in a month this year after January and June.

From January to July, BMW sold a total of 43,042 units, nearing Mercedes-Benz’s 44,653 units. As the gap in their cumulative car sales of 1,611 units so far this year is smaller than 6,970 units in the same period a year earlier, BMW is expected to comfortably topple seven-year winner Mercedes-Benz in terms of annual sales volume in the Korean market this year.

BMW claimed a cumulative market share of 28.24 percent in the first seven months, marginally behind Mercedes-Benz with 29.29 percent. BMW and Bentley were the only import car brands that saw increase in market share last month in Korea. 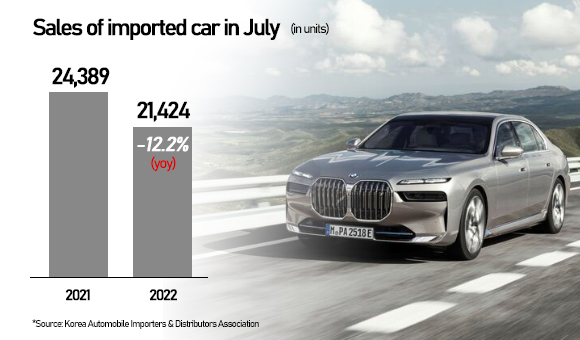 이미지 확대
Industry observers said BMW has come to better appeal to consumers with diverse vehicle lineup. It has sold a wide range of models from 3 Series and 5 Series to SUVs like X3, X5, X6 and X7. But Mercedes-Benz has relied heavily on E-Class and S-Class sedans.

BMW has been active in releasing new models. It launched i4, new 2 Series Coupe and new 8 Series in the first half and is preparing to release new 2 Series Active Tourer, new X7 and new 7 Series in the second half. Mercedes-Benz, however, will reduce its compact entry model lineup to four from seven to focus on strategic models.

Competition for the fourth place in the Korean import car market is intensifying as well.

Last year, Volvo came fourth after delivering a total of 15,053 units, beating Volkswagen with 14,364 units in sales ranking for the first time since its advance into Korea in 1988.

Volkswagen is gearing up to regain its ground with new release of its first all-electric ID.4 SUV due to come out as early as next month in Korea. Its sales however are expected to stop at 1,500 units.