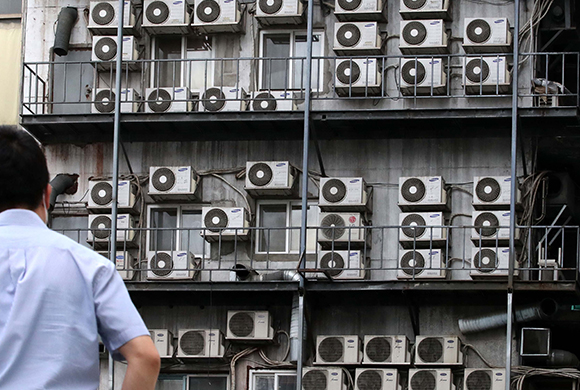 The surge in demand comes as power consumption increased in the industry sector on hotter-than-usual summer.

A power reserve ratio of 10 percent is a threshold the country can reliably sustain stable power supply.

The reserve capacity also fell to 6,726 MW on July 7, nearing 5,500 MW, a level that rings the alarm bell on power supply. The last time the alert was triggered was in August 2013.

Authorities warned that the country is expected to face biggest peak next week. The Ministry of Trade, Industry and Energy forecast in June that maximum power demand will reach 91.7~95.7 gigawatt (GW) this summer, higher than last year’s 91.1 GW. Power reserve is estimated to range between 5.2~9.2 GW, which would be the lowest in five years. Reserve ratio was forecast at between 5.4~10.0 percent.