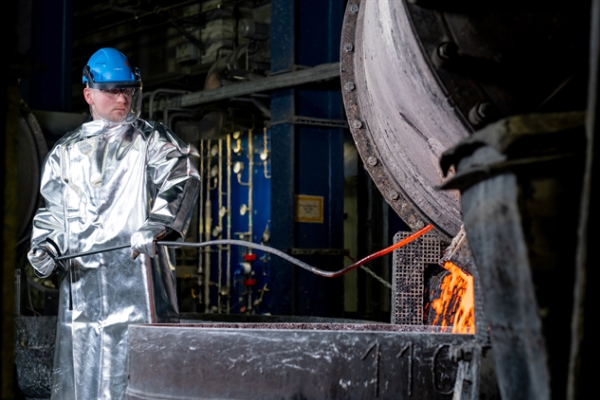 이미지 확대
HÀ NỘI — As Việt Nam`s electric vehicle (EV) market grows, the demand for batteries and energy storage solutions is accelerating and attracting the attention of many investors.

The proportion of EVs is growing at about 7 per cent annually, according to data from the Việt Nam Register. Local media reported the number of imported EVs increased by about 500 per cent in 2020 from 140 electric vehicles in 2019. It is expected that in 2022 a number of EV models would be introduced, including news buses and cars.

Đào Công Quyết, a representative of the Việt Nam Automobile Manufacturers Association (VAMA), said: "VAMA believes that Việt Nam has the potential to develop EVs, which will make up 100 per cent of personal vehicles and electric buses by 2045.”

With a commitment to reduce net emissions to zero by 2050, Việt Nam has been actively participating in international conventions on environmental protection, focusing on the development of electric vehicles.

Also, in order to develop the EV industry, the Prime Minister has approved a plan to exploit minerals such as gold, copper and nickel ore and molybdenum by 2025.

“The demand for nickel in Việt Nam will continue to grow as the trend of using electric vehicles is increasing," said Scott Williamson, general director of Blackstone Minerals.

Vietnamese companies are investing more heavily in the production of electric vehicles, showing that Việt Nam`s goal is to be at the forefront of the global movement toward the electrification of vehicles and the replacement of vehicles powered by fossil fuels in the future.

Grasping global trends and market demand as well as the local mineral potential, along with experience in the mining industry, Blackstone Minerals purchased a 90 per cent stake in Bản Phúc Nickel Mine Co., Ltd in northern Sơn La Province in 2019.

Nguyễn Văn Quang, General Director of Bản Phúc Nickel Mine, told Việt Nam News: “Vinfast is preparing to manufacture batteries for electric cars in Hà Tĩnh and Hải Phòng. We are trying to move towards cooperation with Vinfast. Power storage and car batteries are the two main reasons why Việt Nam`s potential for nickel consumption in the near future is very high.”

Quang added: “The company plans to produce NCM811 for the domestic market and the growing lithium-ion battery industry. Việt Nam will become a major partner of countries with high demand for nickel, while projects and products with very low or zero CO2 emissions are prioritised.”

As demand for EVs rises, a lack of mined and refined battery metals, similar to the current chip shortage, could probably cause a severe but temporary global battery shortfall, according to the latest release from Masan High-Tech Materials Corporation (MHT), a member of Masan Group in Việt Nam.

In order to avoid this turning into a problem, Craig Bradshaw, CEO of Masan High-Tech Materials Corporation (MHT), which owns the biggest tungsten deposits at Núi Pháo Mine in Thái Nguyên, northern Việt Nam, said the industry was cutting back on the use of limited resources, developing new materials and battery technologies, and scaling up global battery recycling.

Aiming to become a leading integrated supplier of advanced high-tech materials critical to global innovation, the CEO of MHT told Việt Nam News: “The battery market is expected to witness significant growth over the next few years on account of the increasing consumption of rechargeable batteries and a rise in the adoption of electric vehicles. This trend has fuelled demand for innovation, leading to an increase in battery investment from global companies in the industry.”

The CEO underscored the important role stationary power storage will play in the fight against global warming, making the battery industry one of the world’s most important industries over the next ten years, calculating the total addressable market of batteries is expected to reach over $200 billion in 2026.

He added in 2020, Japanese giant Mitsubishi Materials Corporation, which invested US$90 million in MHT, and its partner developed a recycling technology for cobalt, nickel and other metals contained in lithium-ion (Li-ion) batteries for EVs.

As for MHT, which belongs to local Masan Group, a wholly owned subsidiary of MHT has recently taken a major step forward in the adoption of tungsten-based coatings in the production and use of batteries. Most recently, in mid-July 2022, H.C. Starck announced the signing of agreements to invest £45 million ($55 million) in Nyobolt Limited, a fast-charging Li-ion battery solutions company that leverages H.C. Starck’s advanced tungsten materials in its anode, for a 15 per cent equity interest on a fully diluted basis.

Deputy CEO of MHT and CEO of H.C. Starck Hady Seyeda said “With the global EV push, making batteries safer and improving their performance is a critical element of wider adoption and application.”

Globally, major players in the industry were making substantial investments in researching how to optimise battery technology, said the leader of MHT, adding the search for cutting-edge battery solutions was a vigorous "race", in which global companies were working toward a circular economy that promotes sustainable economic growth while also protecting the environment.

Bradshaw told Việt Nam News: “As we`ve been working with different battery manufacturers looking to get better performance out of batteries, we`re seeing the significant market potential for our tungsten-based products to go into the electrolyte side or on the anode and cathode side of the batteries.” — VNS