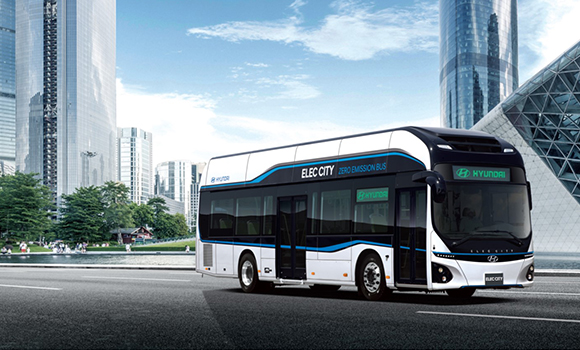 China-made electric buses have rapidly proliferated to take up half of the South Korean market as of June as their price competiveness was prioritized over quality and energy efficiency under hasty migration to electric public transportation.

As of the end of last year, more than 1,220 electric buses were on the road in Korea, with an estimated e-bus market size of around 350 billion won ($267 million). 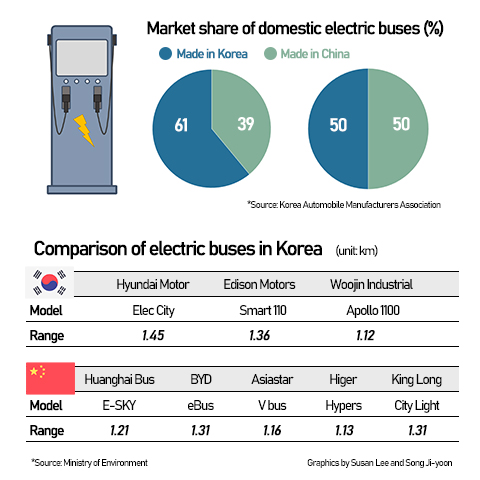 이미지 확대
Chinese imports made up 50 percent in the entire Korean electric bus market during the first half of this year, according to the Korea Automobile Manufacturers Association (KAMA). Hyundai Motor commanded the second-largest 24 percent with 204 buses, followed by Edison Motors with 19 percent. Hyundai Motor ranked first last year with 39 percent, but gave way to Chinese players this year.

The transportation industry has also expressed its concern about maintenance issues with Chinese electric buses. Buses are typically used for almost 10 years but if the import business or the manufacturing company is shut down, it will be difficult to find parts and get repairs of the import electric buses.

By Seo Jin-woo and Susan Lee