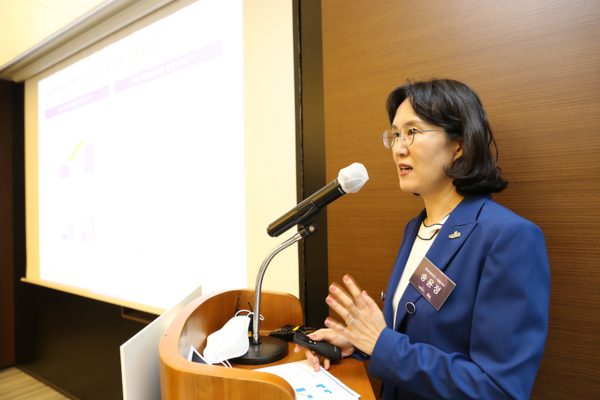 Cha Biotech’s U.S. subsidiary Matica Biotechnology is aiming to become among the top five players in the global contract development and manufacturing organization (CDMO) market with 1 trillion won ($762 million) in annual sales by 2030, according to the company’s chief executive.

This bold goal can be attained as the CDMO market is projected to grow by over 20 percent each year, reaching 25 trillion won in 2030, Matica Bio CEO Song Yun-jeong told reporters during a press conference held at CHA Bio Complex in Pangyo, Gyeonnggi on Thursday.

After a new CDMO facility was completed in Texas in May, the company signed a CDMO contract with a U.S. gene therapy company and is currently in talks with about 50 potential customers. Positive synergy is expected from the combination of Matica Bio’s advanced technology and CHA Biotech’s know-how in cell therapy development, and this synergy will contribute to achieving the goal, Song emphasized.

Since the CDMO market for cell and gene therapy products is not standardized in development and manufacturing processes, CDMO companies must be able to provide customized services to meet their customer needs. Matica Bio`s CDMO facility is equipped with the latest technology to flexibly respond to various customer needs, Song added.

The company plans to expand its business area to include the development and production of viral vectors, a key raw material for cell and gene therapy products, and various cell therapy products. Matica Bio is conducting joint research with Texas A&M University for technology buildup and is developing automation technology for pharmaceutical process analysis with Sartorius, an international bioprocessing company.