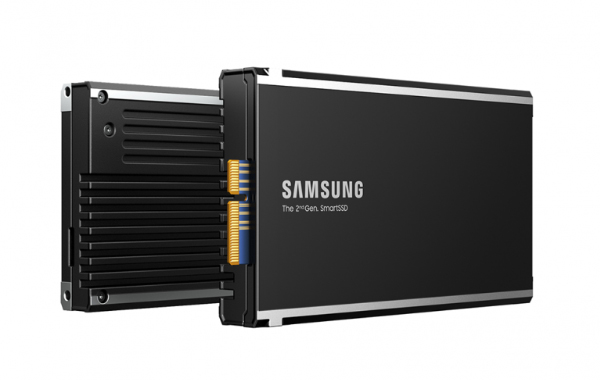 The new SmartSSD jointly developed with AMD has more than doubled the computational performance compared to its predecessor released in 2020, the company said in a press release.

Compared to conventional data center SSD, the new version can slash processing time for scan-heavy database queries by over 50 percent, energy consumption by up to 70 percent and CPU utilization by up to 97 percent, the company said in a statement.

“Commercialization of the first-generation SmartSSD, in collaboration with AMD, established that the computational storage market has great potential,” said Jin-Hyeok Choi, Executive Vice President and Head of Memory Solution Product & Development at Samsung Electronics. “With the upgraded processing functionality of the second-generation SmartSSD, Samsung will be able to easily address increasing customer needs in the database and video transcoding sectors, as we expand the boundaries of the next-generation storage market.”

According to market research firm Omdia, Samsung took 40.9 percent in the global SSD market in the first quarter of this year, maintaining its top position in the industry. It commanded an overwhelming lead in the business server market with a 49.8 percent market share.