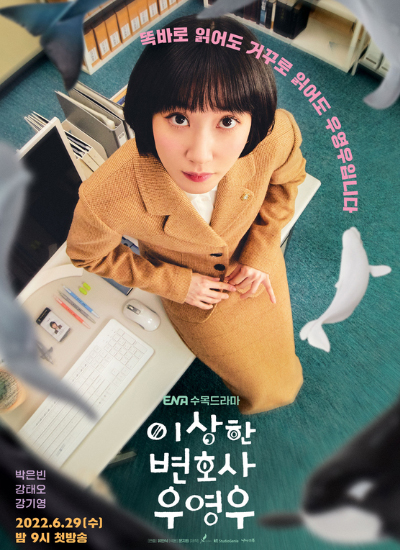 The ongoing Korean television series “Extraordinary Attorney Woo” about a genius novice lawyer with autism spectrum disorder (ASD) is a surprise sensation not only in Korea, but across the world and is set to possibly become the next big Korean drama on Netflix.

The court drama follows 27-year lawyer Woo Young-woo who has autistic and savant syndrome, played by Park Eun-bin, as she breaks out of her shell and gradually blends in with society through the help of her law firm associates and the connections she makes through the people she defends.

Raised only by her father, she can memorize the law and legal cases word by word with her IQ of 164, which enables her to graduate at the top of her class at Seoul National University – the top law school in the country – and get a near perfect score on the bar exam.

The drama has received rave reviews not just from the disabled, but also from the law society for its accurate depiction of the courtroom, easy interpretation and expounding of legal terms by someone with autism spectrum disorder, and heartwarming elements instead of the usual condescending collocation for people with disabilities.

Woo, who always introduces herself as Woo Young-woo that reads the same in reverse like tomato, kayak, deed (as in translation by Netflix) is a wondrous and lovable character.

The series aired its first episode on June 29 and many were initially skeptical as not only did it premiere on channel ENA, a small and rather obscure television network, but also because it did not have any “A-listers”.

The drama, however, went viral from the second episode.

“Highlighting the autistic main character’s lovable and brilliant personality rather than her disability is the main reason why the show is doing so well,” said pop culture critic Kim Hern-sik.

According to Nielson Korea, the first episode recorded only a 0.948 percent viewership nationwide but for its most recent episode, which aired on the 14th, it achieved its highest viewership yet with 9.569 percent. It is also being streamed on various OTT platforms such as Netflix and it topped Netflix`s Global Top 10 list of most-watched non-English shows for the week of July 4 to 10.