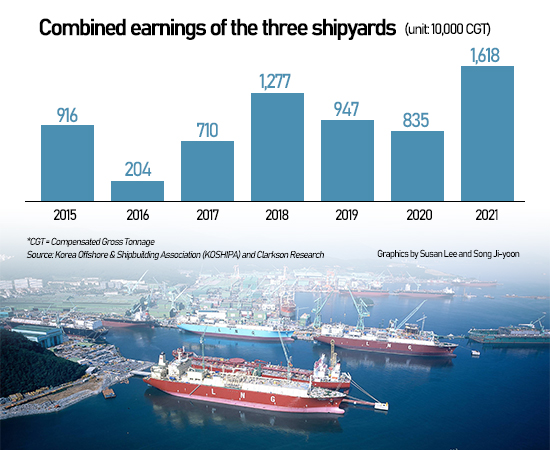 이미지 확대
South Korean shipyards are enjoying a heyday with enough backlog from last year’s orders to keep each of them busy for two to three years, but they cannot be jubilant as they run short of manpower to meet orders and advance technology upon losing skilled work force during the decade-long slump.

Korean shipyards cannot entirely celebrate the flood of orders due to the lack of work force. 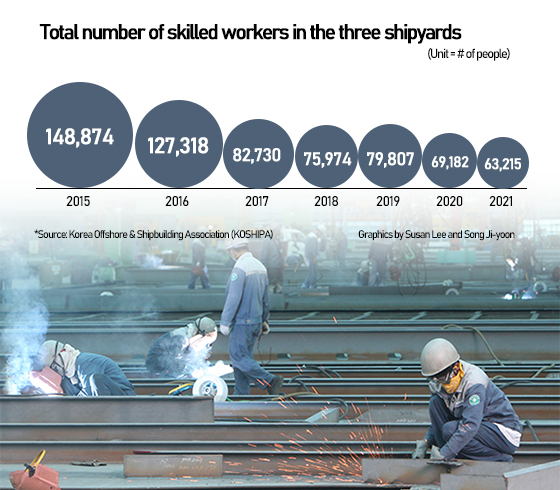 이미지 확대
KOSHIPA estimate dockyards need more than 9,500 additional workers, including shipyard welders and painters, by the end of the year to carry out the orders.

But hiring the specialty workers had not been easy as labor-intensive dockyard work pays relatively poorly and cannot guarantee job security due to volatile business cycles.

Host governments of shipyards and dockyards in Ulsan, Geoje, and Yeongam have been trying to help with recruitment to little avail. As of May this year, the number of skilled workers at the three shipbuilders amounted to 63,227, adding just 102 in the past five months.

The government has made it easier for companies with less than 300 full-time employees to hire foreign laborers but many view this only as a temporary solution.

Amid the lack of options, the industry has been asking for exemption in 52-hour workweek to meet orders.