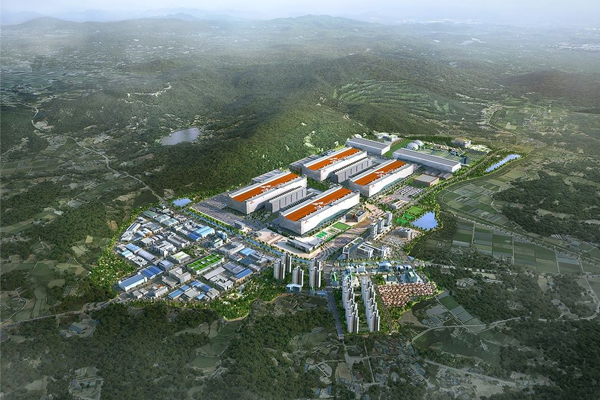 The Yongin semiconductor cluster spans over 4.15 million square meters (44.67 square feet) to house four production factories and 50 materials, components and equipment makers. The first fab will start construction 2025 for commercial operation from 2027. When four lines become operational, SK hynix’s output will be beefed up by 40 percent.

According to data compiled by market research firm Knometa Research, SK hynix last year produced an average 1.98 million wafers per month. After expansion, its monthly wafer production increases by 800,000, contributing much to the entire output from Korea.

As of last year, Samsung Electronics produced the largest 4.05 million wafers per month, and TSMC came second with 2.8 million, followed by Micron, SK hynix and Kioxia.

SK hynix announced its chip cluster scheme in February 2019 with a plan to break ground in 2021 and complete the first-phase construction by 2025. But the schedule has been delayed due to later-than-expected land compensation for the site.

For a win-win partnership with materials, components and equipment suppliers, SK hynix earlier promised a 1.22 trillion won worth assistance including a 300 billion won fund to provide interest-free loans for innovative companies and support related startups.

The company plans to establish three manufacturing bases in the longer term. Icheon in Gyeonggi Province will be the base for research and development and DRAM production, Cheongju in North Chungcheong Province for NAND flash production, and Yongin for DRAM and next-gen memory production.

By Jung Yoo-jung and Lee Ha-yeon