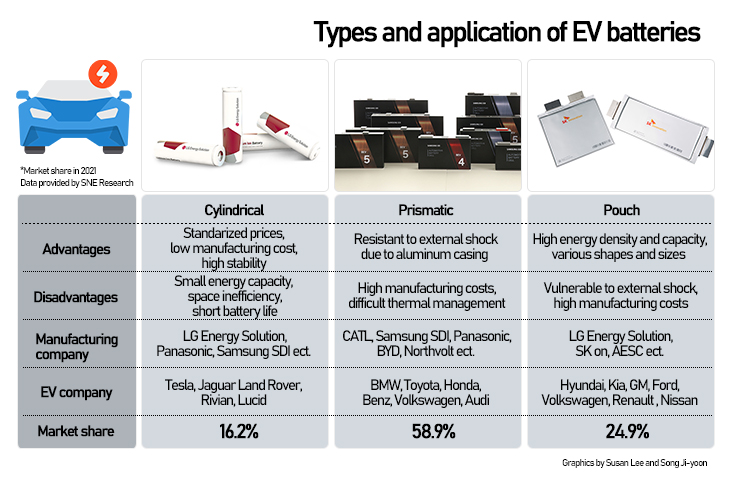 According to battery industry sources on Monday, LG Energy Solution is seeking to bolster the output of cylindrical batteries at its factories in South Korea, the United States, and China. It will invest 730 billion won ($566 million) in its Ochang plant in North Chungcheong Province, Korea to produce 13-gigawatt hours (GWh) worth cylindrical batteries including next-generation 4680 batteries in the second half of the year.

The Korean battery majors’ latest move to bump up the production of cylindrical batteries for EVs comes after Tesla started employing 4680 cylindrical cells to its EVs. The 4680 battery – named after their package size of 46 mm in diameter and 80 mm in length - offers five times more energy, six times more power capacity, and 16 percent more driving range than the previous 2170 cylindrical cells.

Market experts expect the 4680 cylindrical battery would be a game changer in the EV market.

Cylindrical batteries have typically been used in phones and power tools. But their use in electric vehicles has been on a steady decline due to their relatively small capacity and design limitations.

By Park Yun-gu and Susan Lee