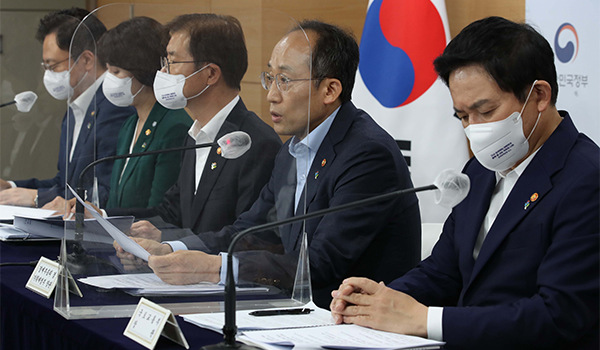 With the government’s policy of slashing the top corporate tax rate, Korean companies’ net profit would increase by about 4 percent, according to a report on Friday.

Corporate tax cuts are expected to increase profits of Korean companies as it did for U.S. companies and the operating profit of 200 large companies listed on the main bourse will rise by 4 percent from 195 trillion won ($151.1 billion) to 202 trillion won although there are no changes to profit before tax under the government’s program that aims to lower the maximum corporate tax rate by 3 percentage points, said the report from Korea Investment & Securities.

On Thursday, the government announced new economic packages that includes the reduction of the maximum corporate tax rate to 22 percent from the current 25.1 percent.

The government also announced that it will extend trading hours for its foreign exchange market to 2 a.m. to meet the MSCI index inclusion rules.

Other new economic measures include more incentives for facility capex and tax system changes that promote investments in the private sector.

The Korea Investment & Securities also said that the new administration will maintain policies favoring auto, IT, and telecommunication industries.

“As telecommunication infrastructure is the foundation of data-based industries, the government is likely to encourage infrastructure investment instead of simply seeking tax cuts,” the report said.