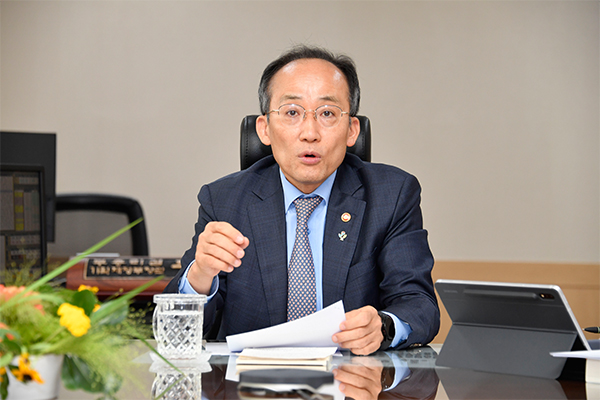 [Source: Ministry of Economy and Finance]

“A composite crisis has started, and what’s worrying is that the condition may last for some time,” said Choo Kyung-ho, deputy prime minister doubling as the finance and economy minister Tuesday in an emergency meeting.

The government must mobilize all possible policy means to stabilize prices, he said, echoing the words of President Yoon Suk-yeol earlier in the day.

Seoul will ready contingency plan to act upon “excessive tilting” in the foreign exchange and financial markets, Choo said upon holding a meeting with Bank of Korea (BOK) Governor Rhee Chang-yong earlier in the day.

The stock, bond, the won value hit new bottoms for the year as stagflation fears spooked investors on top of havoc on Korean manufacturing capacity from protracted strike by cargo truckers. 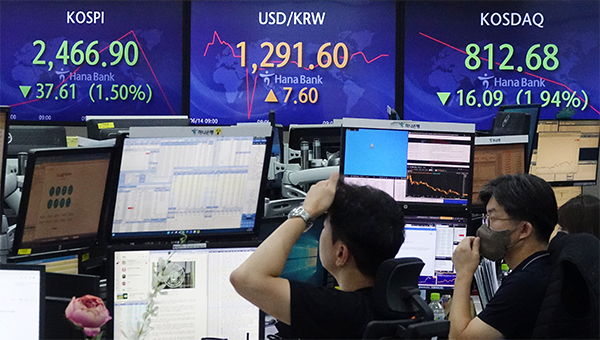 The key Kospi closed Tuesday down 0.5 percent at 2,492.97, sinking below 2,500 for the first time since November 2020. The U.S. dollar rallied to 1,292.5 won, a level last touched during the early outbreak of Covid-19 in March 2020. The dollar fell to finish the day at 1,286.4 on apparent intervention from authorities. The BOK deputy governor Lee Seung-heon vowed to “take aggressive stabilization measures” on expectation for widened volatility in the financial and foreign exchange market.

The Financial Services Commission held a separate meeting with financial regulators to combat the rising danger in the financial sector.

The three-year bond yield ended the morning session Tuesday at 3.619 percent, up 10.5 basis points from previous day’s closing and highest since March 26, 2012.

The finance ministry on Tuesday increased buyback of treasury bonds planned for this week to 3 trillion won ($2.3 billion) from 2 trillion won. BOK separately announced to roll back this month’s monetary stabilization bond issues by 1.5 trillion won, both aimed to reduce supplies.