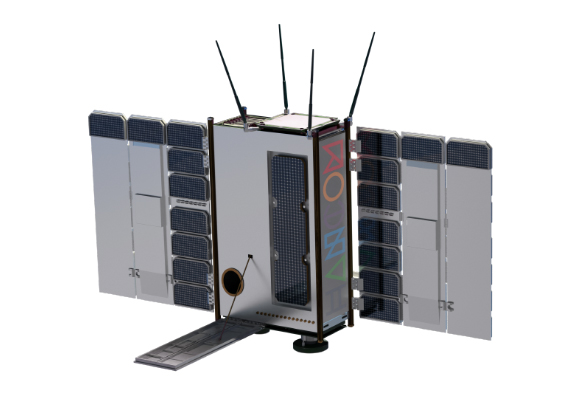 A SpaceX Falcon 9 rocket carrying the micro satellite named Sejong-1 lifted off from the Kennedy Space Center in Florida at 3:35 a.m. (KST) on Thursday, and the communication between ground station and satellite is being checked, said a Hancom official.

The 10.8 kg satellite with a dimension of 100×200×300 mm is set to orbit the Earth 12 to 14 times a day, completing an orbit every 90 minutes to collect image data of 7 wavelengths using a 5 m-resolution observation camera. The satellite was built in cooperation with U.S. space data company Spire Global.

Hancom, Korea’s first-generation office suit developer, acquired InSpace, a company specializing in space and drones, in September 2020 for its entry into the space business market.

Hancom InSpace plans to launch four more satellites sequentially by 2024 and anticipates completing a cluster of more than 50 satellites within five years. It aims to develop and use its own payload from the launch of Sejong-4. It also plans to launch a small low-orbit telecommunications satellite in 2025 to respond to demand in the future 6G era.