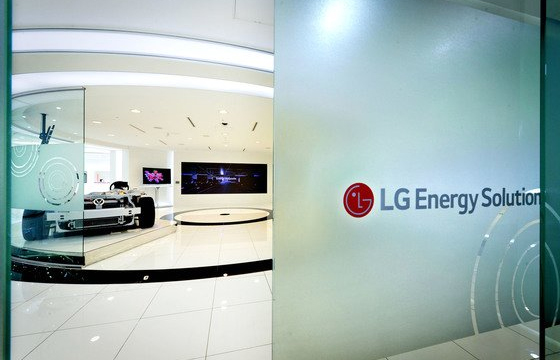 The No. 2 battery power behind global electric vehicles on Friday said all 1,988 institutions, including 452 foreign names, bid beyond the top-end of 300,000 won to deliver record-setting competition rate of 2,023:1. The majority or 77.4 percent offered not to sell the initial shares to maximum six months to raise their chances to win as many shares as possible.

The booking ran to astronomical 15,203 trillion won, the company said in a statement.

CEO Kwon Young-soo thanked investors for their generous show of confidence in the “sustainable growth” of LG Energy Solution as a global battery leader.

LG Energy Solution is floating 42.5 million shares, making its market cap of 70.2 trillion won the third largest on the Kospi after chip heavyweights Samsung Electronics and SK hynix upon listing in late January.

Public subscription will take place on Jan 18-19 with up to 12.75 million shares available, including unsubscribed issues offered to employees.

Underwriters are securities firms KB, Daishin, Mirae Asset, Shinyoung, and HI, plus Shinhan and Hana financial investment companies. Only a single subscription is allowed per investor.

The company will spend the IPO proceeds to ramp up battery production at home and abroad to command more than 400 gigawatt-hour capacity by 2025.