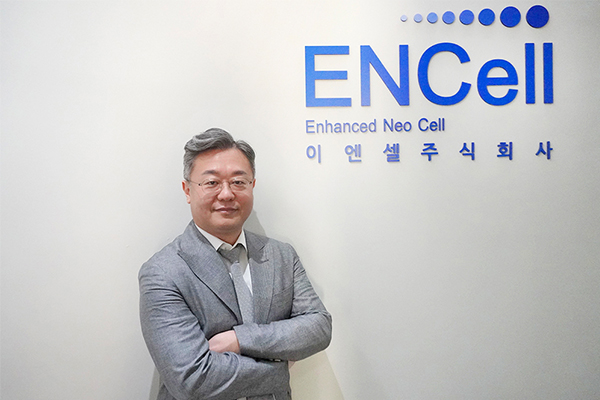 “We have a plan to grow into the world’s most competitive healthcare firm dedicated to high-tech biopharmaceutical R&D and contract manufacturing,” ENCell’s chief executive Chang Jong-wook told Maeil Business Newspaper in a recent interview.

The company with an ambition to go public on the Kosdaq market in the first half of next year was founded by Chang who has served as a professor at Samsung Medical Center. It reported over 7 billion won ($5.45 million) in cumulative sales since 2018. The company already won 19 cell and gene therapy projects from 14 pharmaceutical companies and drew attention for its agreement with Novartis on the processing and supply of stock cells for Kymriah last year.

ENCell is responsible for processing, freezing and storing white blood cells of patients collected at hospitals. “It is an upstream part of the CAR-T treatment process, and we aim to cover the entire value chain in the future,” Chang said,

ENCell`s GMP certified facilities meet all requirements for incubation, purification, testing for analytics, aseptic preparation and packaging necessary for production of advanced biopharmaceuticals. It is the only Korean company with its upcoming third factory that can simultaneously produce GMP certified cell therapies, CAR-T medicines, and viral vectors.

ENCell is also preparing to evolve as a drug developer. Phase 1 clinical trials are underway for the company’s two investigational treatments of rare muscle disease that have overcome the shortcomings of first-generation stem cell therapies.