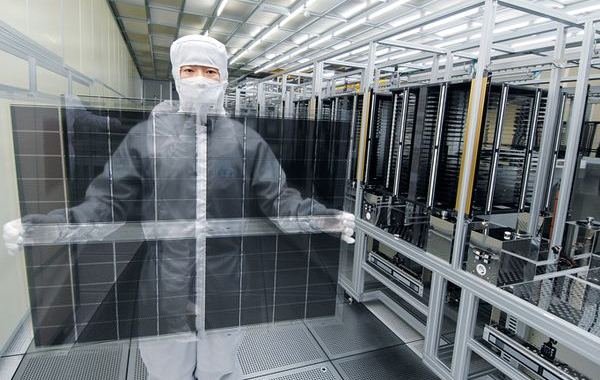 South Korean IT companies supplying their products to global tech brands like Apple, HP and Dell are grappling with falling sales due to the prolonged output disruption at their clients’ factories in major Chinese cities, home to many IT brands for laptops, monitors, smartphones and other devices, due to the lengthy virus-led lockdowns.

According to display market financial data tracker Omdia on Thursday, labtop, monitor and smartphone makers with manufacturing base in Shanghai and Kunshan, Jiangsu Province have suffered halved output last month due to the continued lockdowns since late March.

The continued output disruption has led global smartphone shipments to retreat 12.8 percent to 310 million units in the first quarter this year from a quarter ago, with second-quarter shipments estimated to stop at 309 million units, according to Taiwanese market research firm TrendForce.

Annual smartphone sales in China also are projected to contract 12.9 percent to 283 million units this year due to plunged output and sales.

이미지 확대
LG Display Inc. cited the ongoing shutdown in China as the main reason for its recent weak performance as its panel supplies have decreased due to the disrupted production of laptops and monitors. On top of that, about 10 suppliers of its major components in Shanghai and Kunshan are experiencing factory shutdowns and production adjustments for almost a month from March to April.

Samsung Electro-Mechanics Co. also saw its semiconductor substrate supplies down after its major client Apple has cut laptop production to cope with factory shutdown in China. It still is not confident about growth of supplies on expectations for a decrease in overall demand for IT devices.

LG Innotek Co. remains concerned about its camera modules sales because its client Apple may not be able to meet its earlier target output of its new Apple iPhone series slated to be out in the second half if the city lockdowns stay intact in China.

“For the release of the new iPhone series in September, the shipment of components should start in July, meaning that factory operation in China have to be normalized by next week,” said Jung Won-suk, an analyst at HI Investment & Securities. “If shutdowns continue into end-June, iPhone production will be disrupted, which would affect earnings of parts suppliers.”

To minimize impact from the continued shutdown in China, LG Display has diversified its suppliers and logistics routes for each component and secured inventories for stable production.