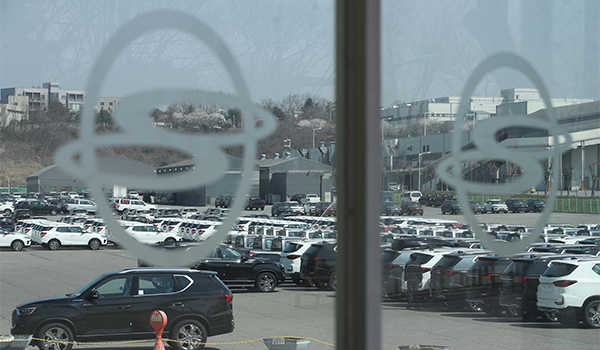 KG Group backed by local private equity firm Pavilion PE has been chosen as the stalking-horse bidder for distressed South Korean carmaker SsangYong Motor Co. after it beat out two other contesting groups with offering of about 900 billion won ($699.6 million), raising expectations for a turnaround in the bankrupt company after two years.

The Seoul Bankruptcy Court on Friday named a KG-led consortium as the preferred bidder in a renewed tender for SsangYong Motor whose earlier deal with the Edison Motor-led consortium fell through for missing payment deadline.

The KG consortium also including another private equity firm Cactus Private Equity is said to have placed a higher price bid than Ssangbangwool (SBW) Group and EL B&T.

SsangYong Motor has around 1.5 trillion won ($1.2 billion) worth debt, and it is behind 547 billion won in its payment obligation to suppliers.

The buyer would have to present its financial ability to spend minimum 500 billion won to normalize the carmaker, and the KG consortium backed by private equity firms is said to have offered about 900 billion won, according to bank sources. The buyer and seller are expected to sign a conditional contract next week with an aim to clinch a final deal by early July.

KG Group is a midsized conglomerate with five listed companies. It has cashable assets of 360 billion won and can add another 500 billion won from selling KG ETS in the second half.

The bid price would remain sealed in stalking-horse tender, and other buyers would be invited to challenge with higher bids in a public bid.

SsangYong Motor shares are suspended as the company has been blacklisted for failing to persuade its outside auditor to correct its disclaimer opinion to its 2020 and 2021 financial statements. Korea Exchange will decide whether to give more time for the company before delisting on May 17.

The carmaker sought court protection after its largest shareholder Mahindra & Mahindra of India refused to provide relief funds and abandoned the company in 2020.

Shares of KG listed companies have soared upon the news.