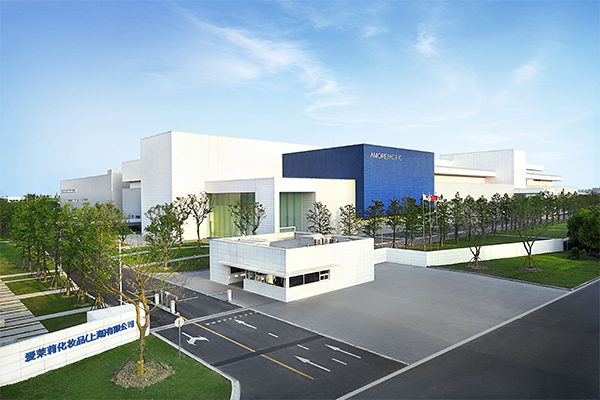 South Korea’s beauty and cosmetic giant Amorepacific has resumed the operation of its production base in Shanghai, China, about a month after the citywide Covid lockdown.

Shanghai city government ordered standstill curbs across the city with a population of about 26 million in later March to contain the spread of coronavirus, forcing 2,500 Korean corporations operating in the city including Amorepacific, Orion, Paris Baguette, and E-Land Group, to shut down their operations.

After more than a month-long idleness, the Chinese government decided to ease restrictions to minimize fallouts, permitting business resumptions, especially those producing daily necessities. Following a turn in the local government’s decision, Amorepacific’s Shanghai plant, producing more than 100 million daily goods such as shampoos and cosmetics, has recently resumed operation, according to sources.

The company official confirmed the resumption of Shanghai factory upon the local authorities’ permit. The factory closely follows the local quarantine rules for the safety or workers and community, added the official.

Following the restart of its operation in Shanghai, which covers nearly 40 percent of goods sold in the Chinese market, the Korean cosmetics giant is readying for China’s return to normalcy on expectations that the government would lift restrictions in phases. Its sales in China lost 10 percent on year last year due to the resurging pandemic waves.

Still more Korean companies wait for permits for factory reopening from the local government. Even after they resume operations in the biggest city in China, they are expected to seek measures to reduce their dependency on the Chinese market marred with the lingering uncertainty over business operation highlighted by the Chines government’s strict zero-Covid policy that could shut down their businesses any time.

To offset the business risk in China, Korean cosmetics brands including Amorepacific and LG Household & Health Care have started to seek ways to make deeper inroads into North American and Japanese markets with less policy risk.

Amorepacific’s shares added 1.21 percent to 46,100 won in the early trading on Wednesday.

By Kang Young-woon and Jenny Lee