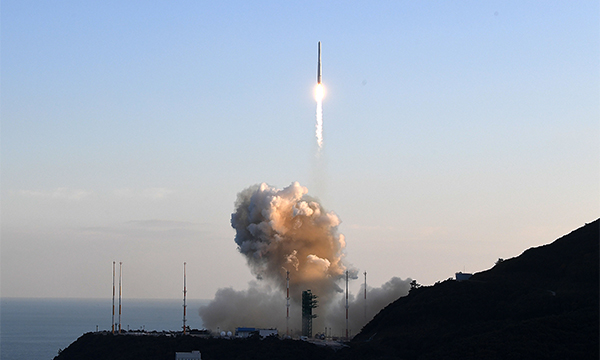 The South Korean government will spend 2 trillion won ($1.5 billion) on building a next-generation space launch vehicle with an aim to put a lunar landing module in space in 2031.

Nuri, which was launched in October last year, completed its full flight sequence but was unable to put a dummy satellite in orbit.

Space launch vehicle is a must-have to independently explore Earth’s orbit and other parts of space such as the moon and Mars. The government hopes to launch a lunar landing module on the launch vehicle into orbit in 2031.

Although this is a two-stage rocket unlike Nuri, which was a three-stage rocket, the rocket thrust has become more powerful.

The next-generation launch vehicle will be developed jointly from the initial stages of design to the final launch with Korea Aerospace Research Institute and a private institution that will be selected later.

“We hope that this project will enhance the development capacity of the private sector as this is the first launch vehicle project where a private partner is participating from the initial design stage,” said Kwon Hyun-joon, the Director-General of Space, Nuclear and Big Science Policy Bureau at MSIT.

By Lee Sae-bom and Susan Lee