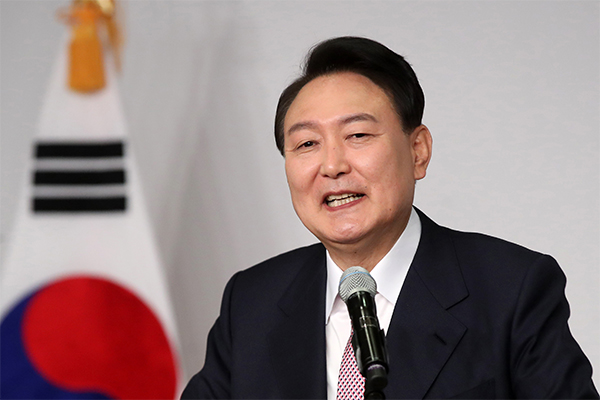 A new South Korean administration under President Yoon Suk-yeol has taken off Tuesday, with a vice-ministerial level cabinet due to delayed confirmation on prime minister and other key ministers.

Yoon on Monday named 20 vice ministers in an unusual move as opposition-dominant legislative stalled confirmation hearings on his cabinet appointees. Vice ministers usually are appointed weeks later, but were seated hurriedly to ensure smooth state management under a new leadership.

They are deputies to deputy prime minister and finance minister Choo Kyung-ho, who will have to act as the head of the cabinet due to delayed confirmation of prime minister-nominee Han Duck-soo.

Cho Hyun-dong, a former senior member of the foreign service, has become the first vice minister of the foreign ministry, while Lee Do-hoon, who served as top North Korean policy envoy, serves the second vice-minister.

Kim Ki-woong, a former presidential secretary for unification, was promoted to vice unification minister, while Shin Beom-chul, chief of the Research Institute for Economy and society, appointed to vice defense minister.