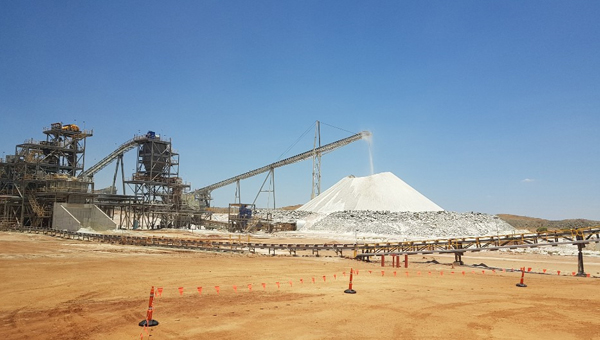 POSCO invested in Pilgangoora mine owned by Pilbara in February 2018 under an agreement to offer a stake upon the launch of an ore lithium production entity.

In May last year, POSCO began construction of a 760 billion won ($615.4 million) lithium hydroxide plant with annual production capacity of 43,000 tons at Yulchon industrial complex in Gwangyang, South Jeolla Province. The plant is being built on 196,000 square meter site. The company aims to complete construction in 2023.

A stable supply of lithium by POSCO Lithium Solution is also expected to enhance competitiveness of Korea’s secondary battery industry that fully imported lithium for cathodes from China and other regions.

POSCO has also joined hands with China’s Huayou Cobalt to set up POSCO HY Clean Metal to build a recycling factory inside the industrial complex that extracts secondary battery core material like lithium from used batteries. The company plans to finish construction in the second half of this year and begin commercial operations.

POSCO announced that it will establish 110,000 tons of lithium production capacity by 2025 and 220,000 tons by 2030 to contribute to domestic lithium supply.

By Han Woo-ram and Lee Eun-joo