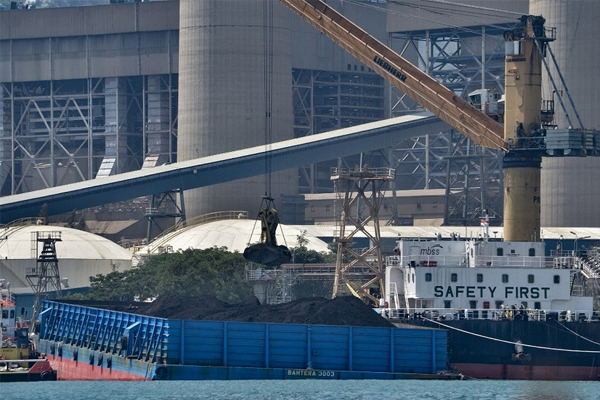 The Philippines has become the third Asian country to publicly urge Indonesia to lift its coal export ban, adding more external pressure on the Indonesian government, which is also facing pressure at home from coal mining companies. The Philippines` Energy Secretary Alfonso Cusi has appealed to Indonesia to lift the ban, saying the policy will be detrimental to economies heavily reliant on the fuel for power generation, Manila`s Department of Energy said on Monday. Indonesia, the world`s biggest thermal coal exporter, suspended exports on Jan. 1 after state-owned electricity company PLN reported dangerously low inventory levels of the fuel at domestic power stations.

The ban drove coal prices in China and Australia higher last week, while scores of vessels slated to carry coal to major buyers such as Japan, China, South Korea and India have been in limbo off Kalimantan, home to Indonesia`s main coal ports.

The Philippines` move follows similar requests from Japan and South Korea. Cusi made the appeal in a letter sent via the Department of Foreign Affairs to Indonesia`s Energy and Mineral Resources Minister, Arifin Tasrif, the energy department said in a news release, without specifying when the letter was sent.

Cusi had asked the foreign affairs department to intercede and appeal on behalf of the Philippines through the ASEAN cooperation mechanism. The Philippines, which is still heavily dependent on coal for power generation, buys most of its requirements from Indonesia, and some, more expensive, supplies from Australia and Vietnam. Nearly 70 percent of the 42.5 million tons of Philippine coal supply in 2020 was imported, according to government data.

Power generated by coal comprises about 60 percent of the country`s power mix, and in 2021 the country sourced 2.3 million tons per month from Indonesia to fuel its power plants, the energy department said. Senator Win Gatchalian, who heads the Senate energy committee, has called on the energy department to prepare contingency measures because of the export ban, including looking for other potential suppliers. Talks carry on Indonesia`s Coordinating Maritime Affairs and Investment Minister Luhut Binsar Pandjaitan met with coal miners and other related industry again on Sunday, but has not made any decision yet regarding resuming exports, said Hendra Sinadia, executive director of the Indonesian Coal Mining Association (APBI). "One of the issues discussed was the limited availability of vessels to transport the coal to power plants," he said. International buyers are monitoring closely discussions between Indonesian authorities and the local coal industry. An energy ministry official had pledged to review the one-month ban after Jan. 5. Luhut has said that the coal supply emergency at local power plants was over, but the government still needed to continue discussing policies in the area.

The discussion will be resumed on Monday, a spokesman for the minister said on Sunday.