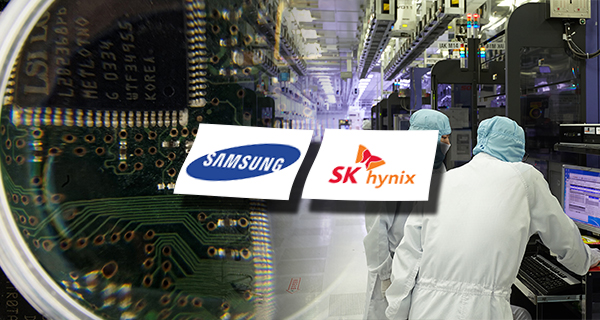 According to an analysis conducted by Yonhap News Agency of brokerage consensus on Monday, Samsung Electronics is projected to report 13 trillion won ($10.6 billion) in operating income in the January-March period on sales of 75.2 trillion won. Operating profit is up 38.64 percent from the same period a year ago and sales 15.02 percent.

Sales would have retreated from the fourth quarter, but would likely exceed 70 trillion won for the first time for the first quarter.

Operating income is expected at 3.1 trillion won, up 137.08 percent from a year ago.

Still, it would have weathered the challenges from strengthened chip prices and boost in new smartphone sales.

Eo Kyu-jin, an analyst at DB Financial Investment, said that DRAM and NAND flash memory prices each fell mildly at 6.2 percent and 5.1 percent in the first quarter, and its IT & mobile communications division is expected to report improved results thanks to Galaxy S22 release.

Samsung Electronics is expected to report record annual earnings of over 300 trillion won thanks to rebound in DRAM industry.

Park Yoo-ak, an analyst at Kiwoom Securities, also said that the memory chip market will change to that focusing on suppliers from the second quarter and projected SK hynix’s second quarter revenue to jump from the previous three months to 14 trillion won and operating income 4 trillion won.