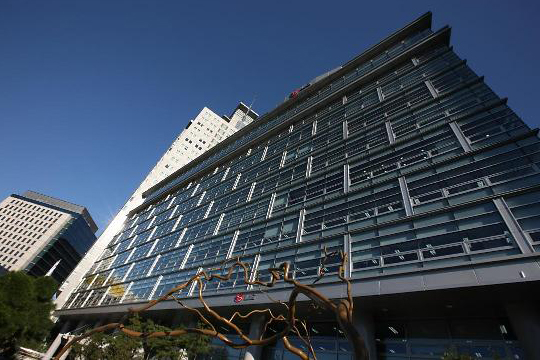 이미지 확대
LG Household & Healthcare Co. shares lost more than 13 percent on Monday to hit a 52-week low of 921,000 won ($767.95) on downgrades by analysts on projection of the company saying farewell to hot earnings streak.

Its rout comes amid downgrades on the company after stellar performance during the pandemic period.

The company’s fourth-quarter operating income is estimated at 232.9 billion won, down 9 percent from a year-ago period, with revenue contracting 1 percent on year to 2.07 trillion won, according to Park Eun-kyung, analyst at Samsung Securities. The figures are 12 percent lower compared with earlier estimates of 264.7 billion won in operating income and 2.2 trillion won in revenue, which would have been 3.3 percent and 3.5 percent higher, respectively, on year.

The company is expected to have performed poorly due to cosmetics demand slowdown in China coupled with intensifying competition from Chinese rivals, said Park.

The company had reported earnings growth for 66 consecutive quarters until the third quarter of 2021 except for the first quarter in 2005.

Stockbrokers are revising down their target price for LG Household & Healthcare.

Merits Securities downgraded its recommendation for LG Household & Healthcare from a “buy” to a “neutral” while cutting target price from 1,600,000 won to 1,200,000 won.