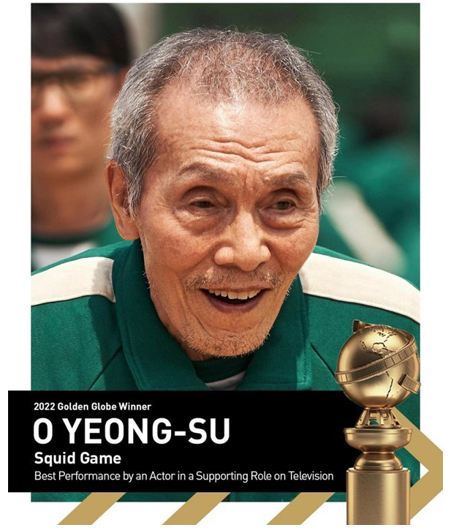 It is the Korean granddad’s turn to steal the Hollywood spotlight this year after hippy grandma Youn Yuh-jung enthralled global audience with her Oscar-winning role in “Minari” last year, with 77-year-old actor O Yeong-su winning the Golden Globe for Best Supporting Actor in Television for his role in the global smash Netflix series “Squid Game” at the 2022 Golden Globes.

The veteran actor played Player no. 001 in “Squid Game” and was lauded by fans and critics alike for his incredible performance. It is O’s first nomination and the first Korean win at Golden Globe.

“Squid Game” revolves around a contest where 456 players, all of whom are in deep financial debt, risk their lives to compete against one another in a series of deadly children`s games for the chance to win a 45.6 billion won ($37.9 million) cash prize. It took the world by storm last year, becoming Netflix`s top show as well as a global phenomenon.

The 2022 Golden Globes was held at the Beverly Hilton Hotel in Los Angeles with a ceremony thrown by The Hollywood Foreign Press Association (HFPA) on Sunday. This year, however, lacked the usual audience and red carpet due to boycott over alleged lack of diversity. 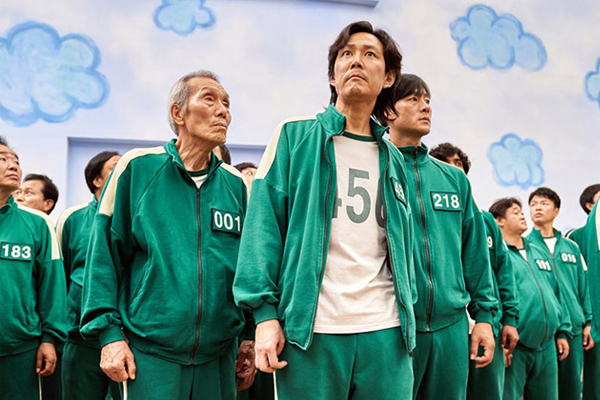 Two actors of Korean descent, Sandra Oh and Awkwafina, had previously won Golden Globes. Sandra Oh won her first Golden Globe in 2006 for “Grey`s Anatomy” and won another Golden Globe for “Killing Eve” in 2019. Awkwafina won in the lead actress film category for her role in the "The Farewell” at the 2020 Golden Globes.

O Yeong-su began his acting career on the stage in 1963 and made his screen debut in 1965. He has appeared in over 200 theater, film, and television productions since his debut.

The Golden Globes usually preludes the Academy Awards later in the year, raising expectations for another Korean feat at the Oscar night.