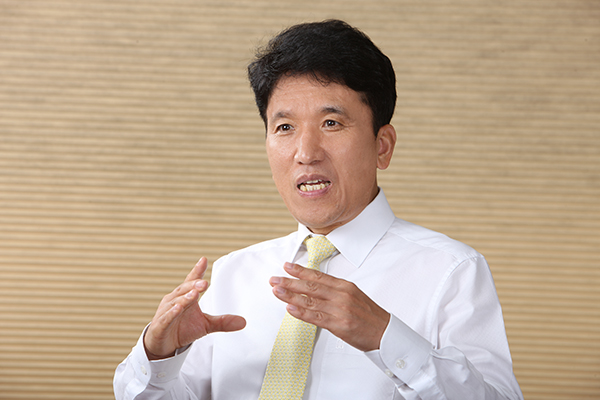 Hana Financial Group’s Vice Chairman Ham Young-joo has been confirmed to new chairmanship in 10 years at the Korean financial conglomerate despite judiciary risk.

Ham’s promotion was approved by shareholders at the general meeting held on Friday. Ham was the sole candidate for the chairman position.

Ham is to replace Kim Jong-tae, who has headed the group since 2012.

Although Ham was the only candidate for chairman, it was not certain whether shareholders would approve of the nomination as a proxy advisory recommended rejection, citing pending legal matters related to Ham.

Ham has been under trial for exercising his influence on employee hiring requests at Hana Bank in 2015. He was ruled not guilty at the first criminal trial but lost an administrative suit against financial authority that demanded disciplinary action.

Ham headed the group’s main unit Hana Bank from 2015 and 2019. He served as vice chairman of the financial group from March 2016 and managed the group’s overall strategy and financial planning since 2019.

He is recognized for leading the group to generate the fastest profit growth among the country’s top four financial groups.

On Friday, shares of the group’s holding entity Hana Financial Group Inc. fell 1.8 percent to 48,850 won ($40) in the early afternoon.