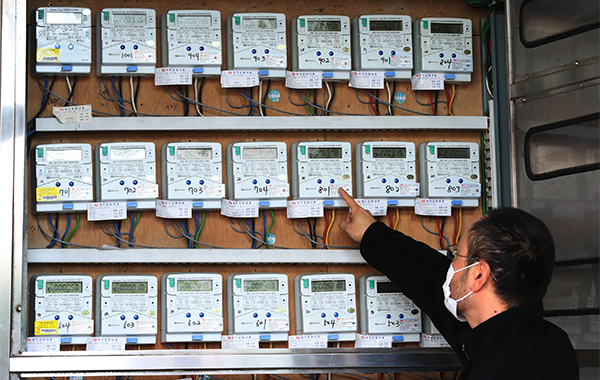 South Korea’s state-owned utility company Korea Electric Power Corporation (KEPCO) may up electricity charge in the second quarter as it had lost as much as 1.6 trillion won ($1.2 billion) in January alone in power supply.

Compared to a year ago period, it had spent 2.6 trillion won more in purchasing power from the public and private generators.

The deficit streak is expected to run deeper due to soaring oil and gas prices.

The wholesale power price, or system marginal price (SMP) KEPCO pays to power producers to buy electricity, is about to exceed 200 won per kwh. The SMP, which was around 70 won in January last year, more than doubled to 154 won in January after the global oil prices started spiking. 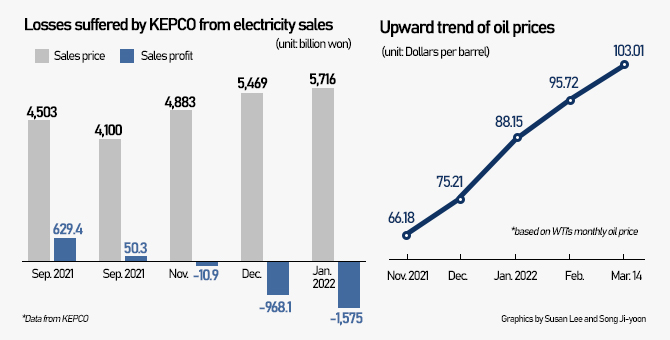 이미지 확대
In February, SMP reached 197 won and it is expected to continue its upward trend as oil prices continue to rise. Many are forecasting that the average annual oil price will exceed $100 this year.

To mitigate the losses, KEPCO has no choice but to hike electricity bill in the second quarter.

KEPCO’s operating loss has been projected at 20 trillion won for this year. The government earlier announced that they would raise electricity bills in April and in October.

But two hikes may be difficult if strong inflation continues.

Korea’s President-elect Yoon Suk-yeol had promised to contain the rise in power bill to ease burden on consumers.

By Song Gwang-sup and Susan Lee